I wish I remembered when we first started reading Drive the Americas.  It was my first, tangible-ish (as the internet now apparently constitutes tangibility to me) evidence that what we had decided to do was not completely out of left field or impossible – though at the time, I also wasn’t even aware that anyone would think it was.  Somehow our prioritization of travel had turned into an extended international trip which then expanded to an open-ended adventure and finally landed at us heading out on a driving tour of the Americas, dogs included.  And then here was this lovely website, complete with normal looking (and still alive) folks providing testimonials and experiences to cushion the fall.

The funny thing about “driving the Americas” is how confusing that phrase is to so many Americans.  ”Driving the Americas” happens to sound a lot like “driving America” when the United States of America, to you, is the center of the world.  The difference though is nearly 33 million square kilometers, 34 countries, and some 600 million people.  The Americas as a whole, also referred to as the Western Hemisphere or the New World, comprise 28.4% of Earth’s land area, and through the collaborative connection of infrastructural works, one can navigate large regions of the vast land masses along the Pan-American Highway, a nearly 30,000 mile road stretching from Alaska to Argentina (sorry Greenland).

Over the course of our preparations we have often referenced the Drive the Americas website for solid information on van-types, border crossings, and traveling with dogs, among other things.  While aimlessly perusing the world wide web one morning in Vancouver, I noticed a new post about two of the website’s founders.  They just so happened to be living in Vancouver and were interested in meeting fellow overlanders – what luck!

Tom and Kelsey were awesome, intelligent, and fun.  She Canadian and he Kiwi, they met traveling in Asia years before deciding to drive the Americas themselves.  They recommended a fabulous and quirky pizza place just blocks from our house where we spent a couple of hours chatting over drinks, devouring some unbelievable pies, and joking (kind of… not really… okay, it was totally serious) about the need for a Parents’ Crisis Hotline.  I left feeling invigorated and ecstatic about what was to come, but also as though the time had flown by without my having asked even a fraction of the questions stirring in my head.  Their wealth of experience and information required nothing less than a sponge, and voilà, they’ve created just that for us in the form of the Drive the Americas website and social media presence.  If you are considering a trip through the Americas or are just worried that we have gone off the deep end, you should definitely spend some time on their site.  In this age of information and globalization, they have aided in creating a stepping stone towards acceptance and possibility that, by these two Vangabonds, is greatly appreciated. 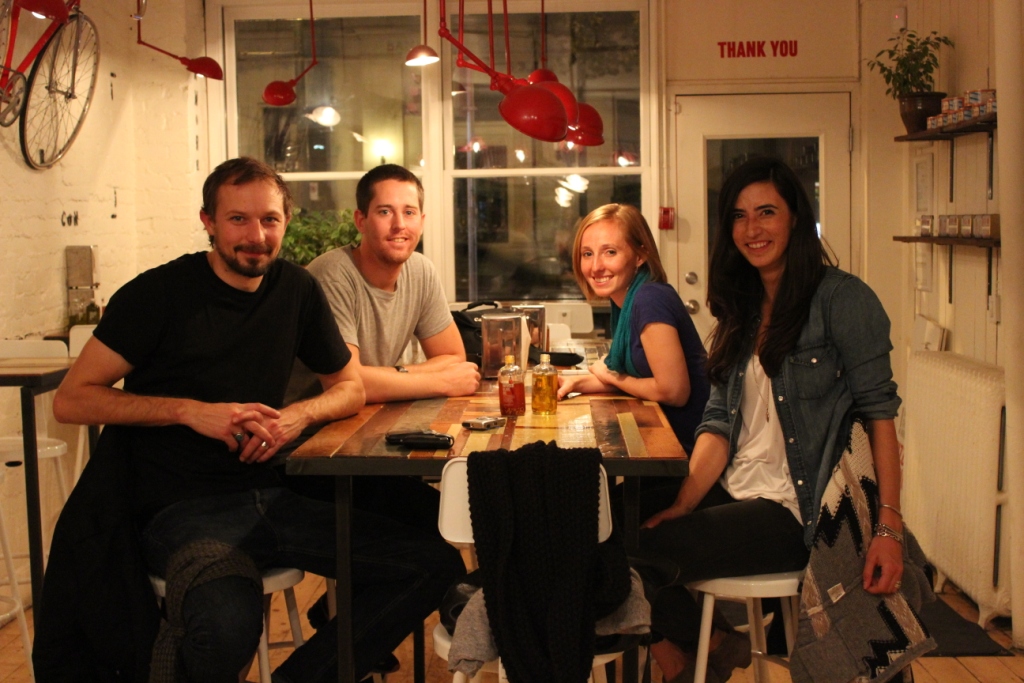