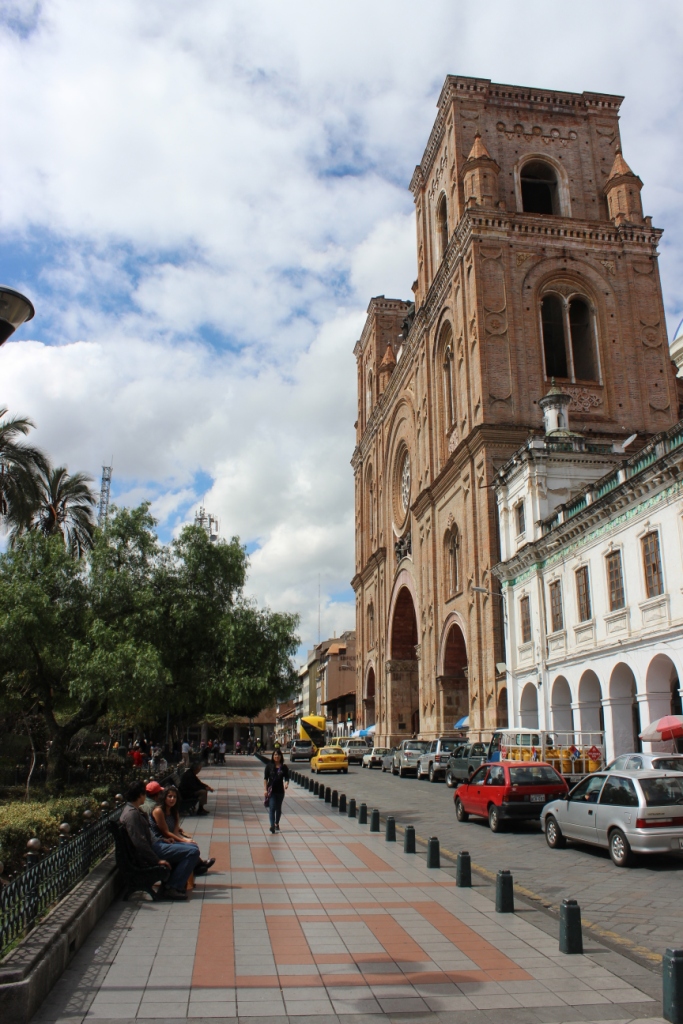 Ecuador, though a small country by South American standards, is packed full of numerous and varied attractions for visitors. From the Andes to the beaches, Cotopaxi to the Galapagos, big cities to quaint villages, there seems to be something for everyone. Had we armed ourselves with all of the options when we began our search for our October lodging, we might never have been able to choose. Instead, we took the uninformed route, waiting until the last minute to find a place to stay and letting the available apartments decide our location. Fortunately, we are thrilled with the outcome. Less than a week before we entered the country, we finally confirmed two separate apartments for a five week stay in Cuenca, Ecuador’s third largest city (following Guayaquil in the southwest and Quito, the capital, in the north).

Cuenca’s official name is Santa Ana de los Cuatro Ríos de Cuenca, and as the moniker implies, the southern city is based around the confluence of four rivers. With mountains of the Andes surrounding on all sides, Cuenca sits at an elevation of 8,400 feet, a location that enjoys year round average temperatures of 60 degrees Fahrenheit and endures a rainy season from January to April. Though inhabitants have lived in the region for thousands and thousands of years (including an Incan stint during which a city that is sometimes referred to as the second Cusco was built and destroyed, leading some to claim that it may have been the infamous lost city of gold), Cuenca as it exists in modern times was founded in 1557 and named after the Spanish commissioner’s hometown. Today it is a place of historic buildings, museums, cathedrals, art, markets, ruins, universities, parks, hiking, farms large and small, and beautiful natural surroundings; it is home to a population of about 500,000.

From the moment we entered the country, we have been thrilled with our experience. While Ecuador and Cuenca specifically have much to offer, the pace of life isn’t rushed and we have yet to encounter the overwhelming crowded feeling that sometimes comes with larger population centers. We spent our first week in a bright studio in the centro from which we took daily walks through the historic streets and parks, sometimes stopping for a coffee or tea, and other times just enjoying the environment. There seems to be a church on every block, and street vendors selling fruits or pastries or flowers are everywhere too. Prices are cheap. The sun shines brightly at midday. It rains most afternoons. We moved last weekend to a different apartment, where we’ll be for the next four weeks. This one is in a residential neighborhood in a family-owned building with their business on the first floor, which while being a short bus ride away from the centro, offers us a more traditional experience, and one that we think will only enhance our already very high opinion of Cuenca, Ecuador. 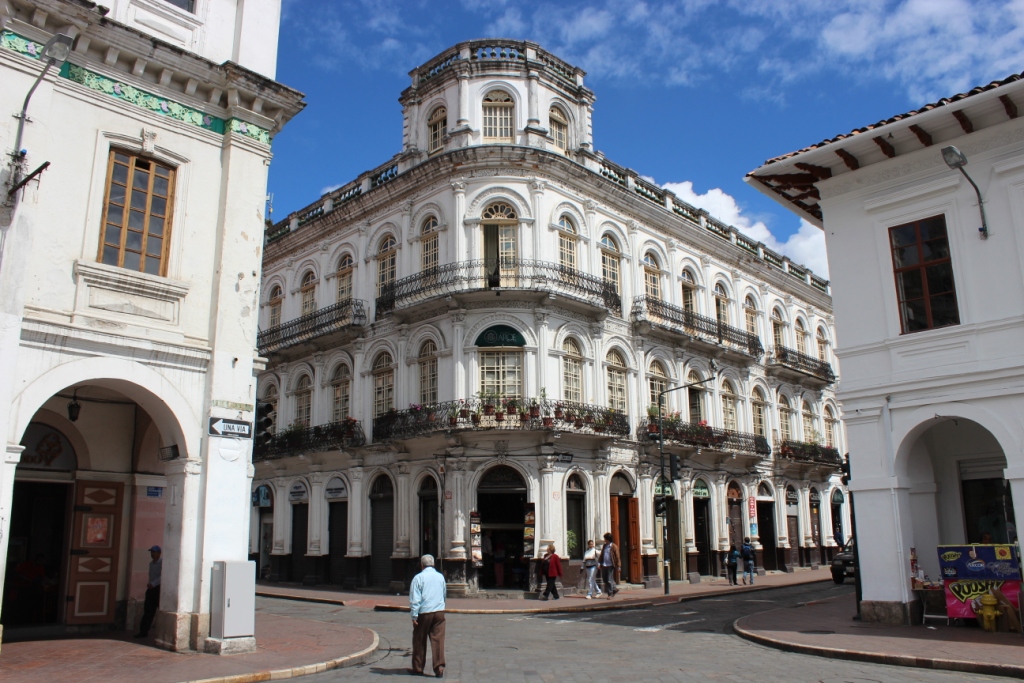 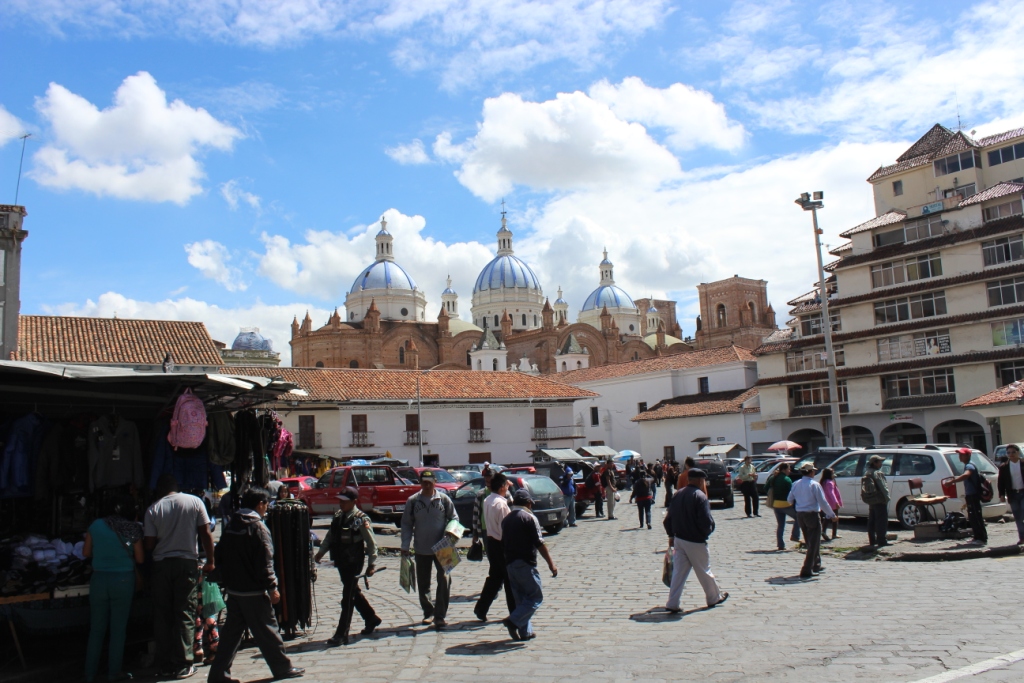 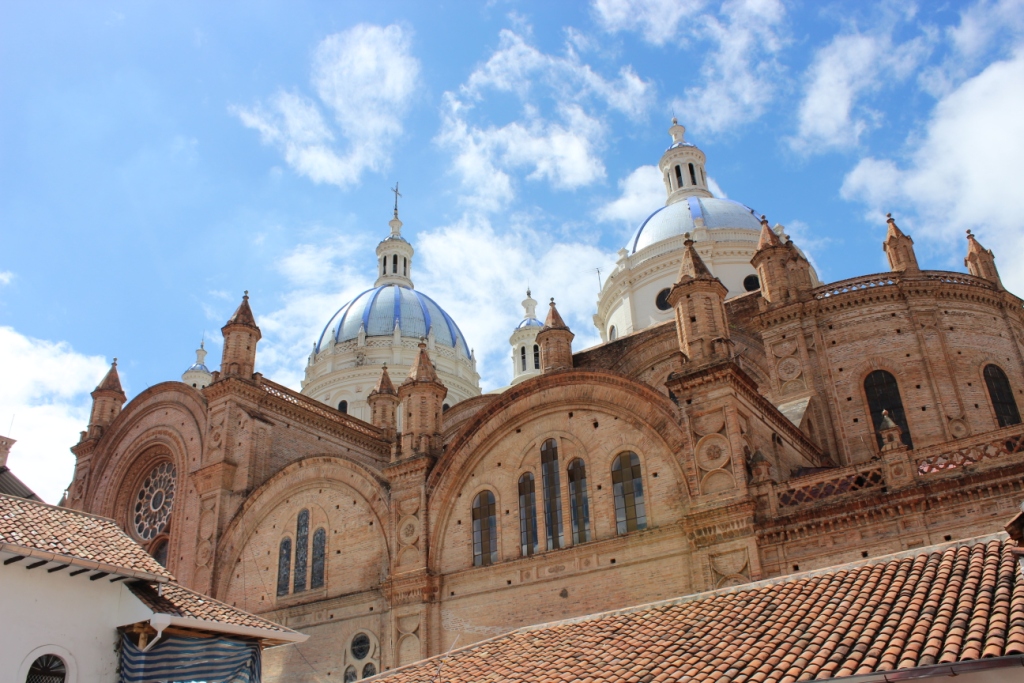