In poor blogger form, we took a grand total of zero photos from our first apartment in Cuenca. We were there for a week and enjoyed the space, location, and amenities, but alas, no pictures to share. It was a bright, third floor studio in the center of town with an entire wall comprised of floor to ceiling windows through which we could view the ornate tops of no fewer than three separate churches among other nice rooftops. The rental was our first that was confirmed entirely through Craigslist, but the owner was mentioned in a few blog posts that I found via a quick Google search as a nice local vet who offers good apartments for expats to stay in short term while house hunting, so we were confident in the deal. It turned out to be a nice setup for us and gave us a chance to explore the middle of town a bit before moving to our longer term rental about a mile west.

This second apartment, which we called home until last week, was a one bedroom rental in a more residential part of town. The building houses a meat distribution center on the main floor with offices above the plant and a few apartments above the offices, all run by a sweet Cuencano family. One of the women who works in the building introduced herself to us as the person we were supposed to go to with anything we needed, and we really appreciated the way she made a very sincere effort to speak clearly and slowly so that we could easily understand everything she said. Indeed, her explanation of where to catch the bus and how to get back was simple, easy to understand, and accompanied by a hand-drawn map. On another day, she scolded us in a motherly fashion for considering walking to the store in the cold rain and sent us with an umbrella to a nearby panadería for warm bread instead. What a lady! Another woman, the matriarch of the family, brought baked goods in for the office staff one day and gave some to Ian and I as well. We really enjoyed being around such a nice community, which was certainly part of the draw of the location of the apartment.

The space itself was nice too though. We had an open living room and full kitchen. The spacious bedroom had plenty of closet space, a flatscreen television, and a warm, comfortable place to lay our heads at night. To our delight, we also had a private laundry room with well-functioning washer and dryer. Woot woot! The location of our apartment in the building was such that we had windows on three sides, allowing us lots of light and views of the surrounding mountains. We could tell an hour before it rained that the showers were coming as we watched the clouds roll in over the peaks. 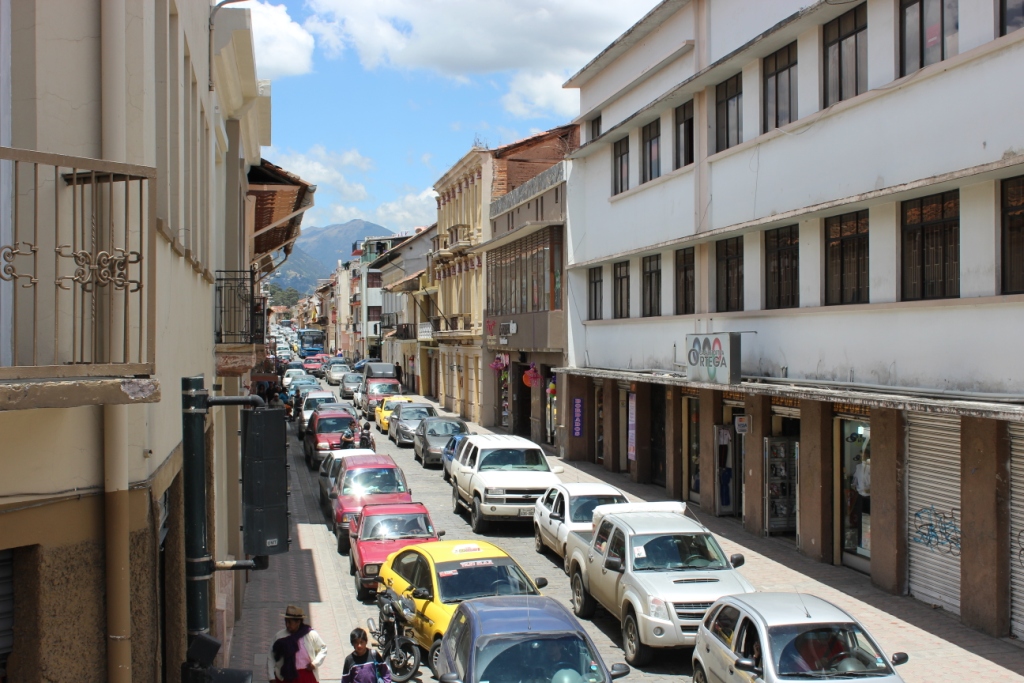 Street view of our fist apartment in the centro. It's the second, brown building on the right. 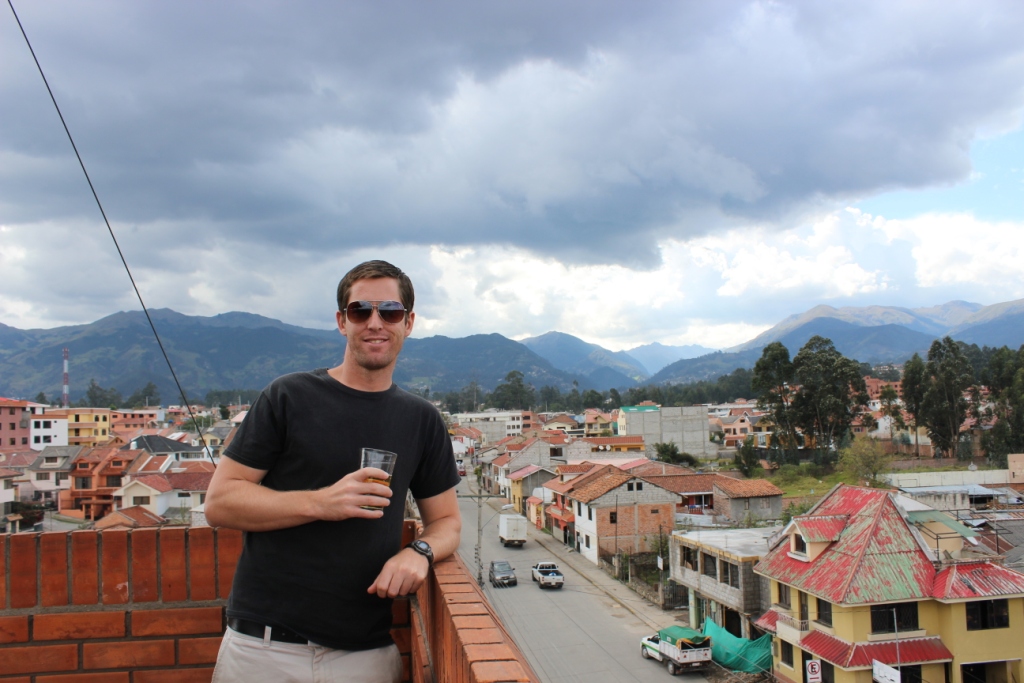 Street view at our second apartment from the rooftop terrace. 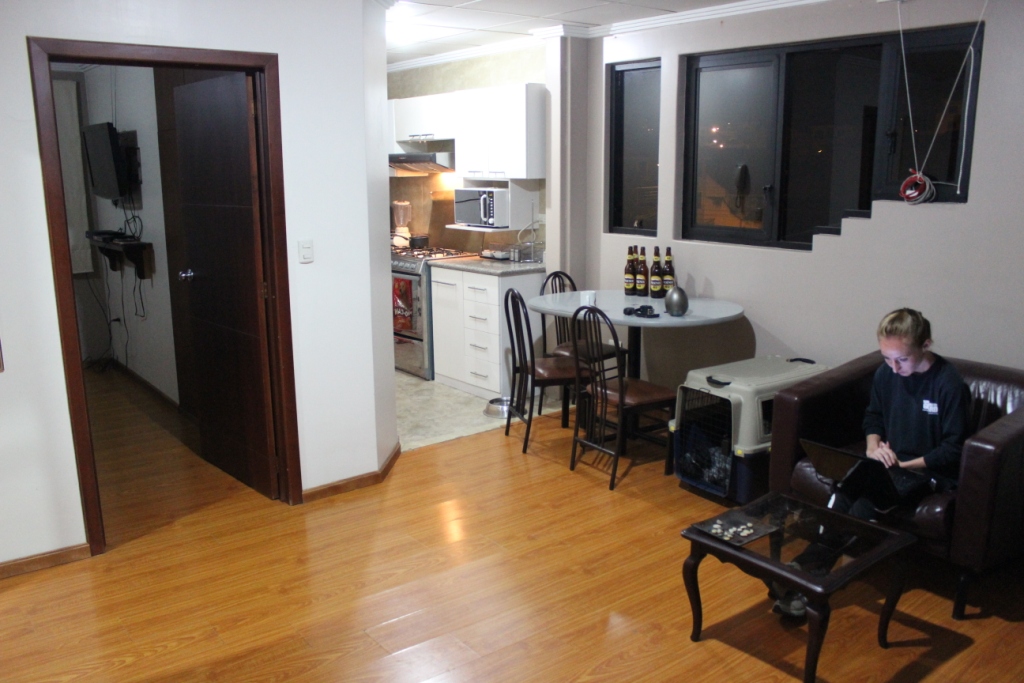 Bedroom, kitchen, and living room as viewed from the apartment entrance. 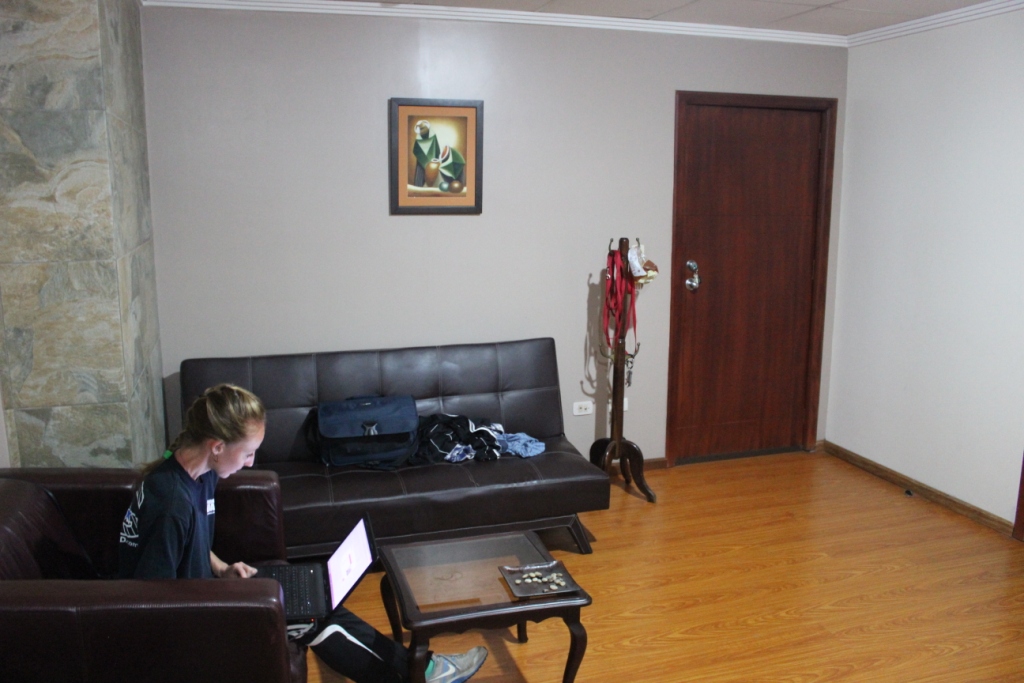 Living room and entrance of our second apartment. 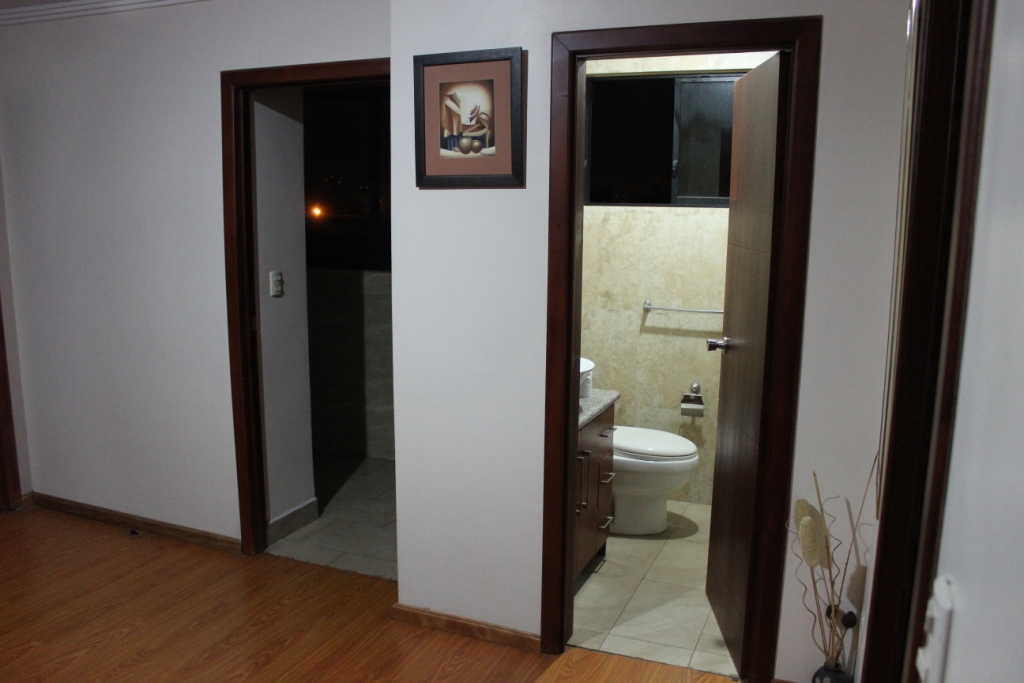 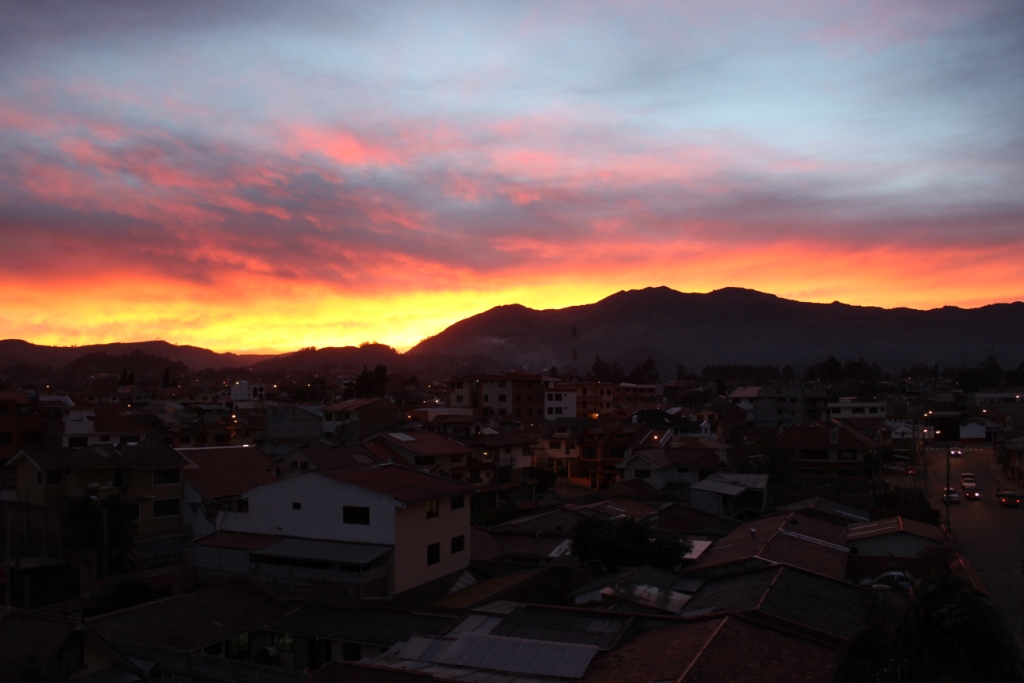 Sunset view from the main room's window in our second apartment.