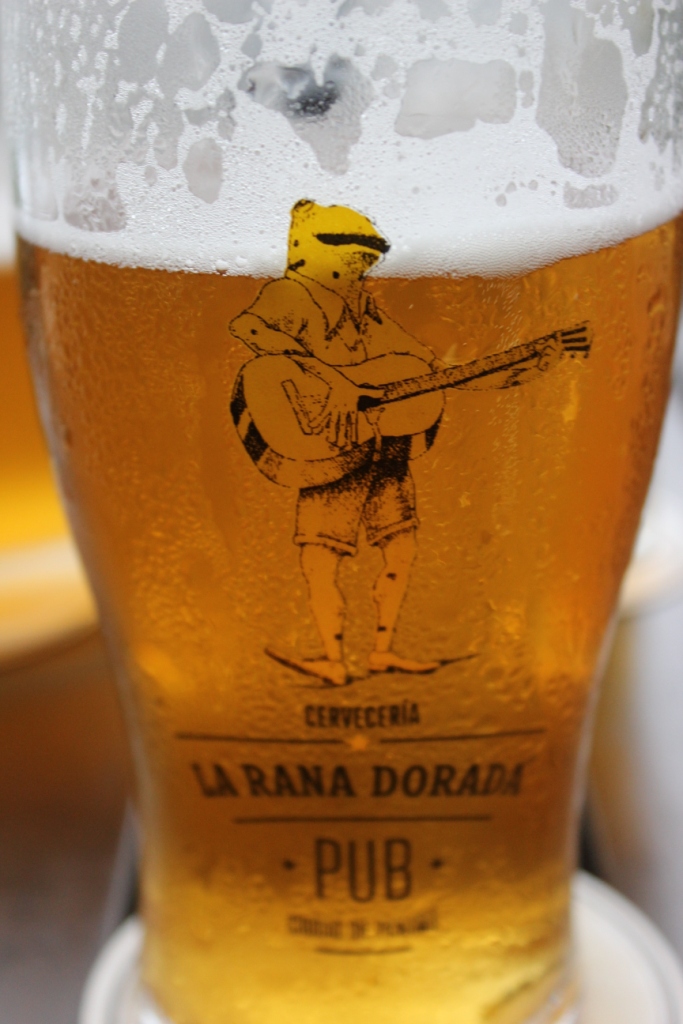 As long as we’ve been traveling together, we’ve enjoyed getting to know our destinations through the local beer. For many years this meant visiting craft breweries or purchasing area brews at restaurants or grocery stores. In Raleigh, where we lived before departing on this journey, the metropolitan area has so many craft breweries that visiting one per weekend would take us well over two months. We got used to this, spoiled by this, and then we left and headed south. Mexico and the Central American countries all have national (or national-esque) beers similar in quality to American domestics, but they rarely, if ever, offer regional, craft beers. Once while we were in Oaxaca in Mexico we went to watch a Beatles cover band play at a bar called “Bier Garten” and were surprised to have had the option of a delicious Agave Honey Ale from a nearby nano brewery, Cerveceria Teufel, but the brand was so obscure that we struggled to find their information online afterwards, let alone their product for purchase elsewhere. I’m aware that this might all sound super beer-snobby; indeed, it probably is. Honestly, we’ve enjoyed the national beers. One of our favorites was Honduras’ Salva Vida, and I’m a fan of the Panamanian Balboa (the beer, not the currency) as well. It would be a lie though to say that we haven’t missed “good” beer over the last seven months or that we weren’t over the moon when we unexpectedly happened upon not one, but two craft breweries in Panama City. Our thoughts on and photos of each below.

This cervecería makes killer beer and a mean plate of nachos too. The brewing is done in Casco Viejo where visitors can enjoy their ales in the building or on the patio and accompanied by pizza. Fortunately for us, La Rana Dorada also operates a pub in our El Cangrejo neighborhood, right next to New York Bagel Cafe in Einstein Plaza just two blocks from our apartment (though no pizza here). Upon entering, customers are delivered a flight of four house beers for sampling prior to making a selection. This, in our opinion, is a pretty classy move in itself, but it is immediately overshadowed by the richness and flavor of the options being tasted. After a first sip, Ian lovelingly muttered, “It dances!” The menu and website advertise four beers – a blanche, a pilsner, a pale ale, and a porter – as well as a seasonal beer, which in August has been an exquisite IPA. Having been fans of hoppy beers back when that was an option, this delicious brew was thrilling. We were also really impressed with the pilsner, a flavorful treat in the Panama heat, and the porter, a full and rich beer that would be perfect for fall evenings. In addition to their stellar product, La Rana Dorada employees also offer truly top-notch service that any business owner would hope to see from their staff and any customer would be grateful to enjoy. All of this wonderfulness though is reflected in the prices. A pitcher is just under $13, a pint just under $5, and a half pint just under $3 in a country where domestics can be purchased for less than $.50 at the grocery store. Not to fear budget drinkers, Happy Hour at the pub in El Cangrejo is from 12-7PM Monday-Thursday and 12-5PM on Fridays during which all beer is half price. Half price! And we thought it was worth it before the discount. Apparently, this pub is also the place to be, to see and be seen, by a high brow, late night crowd. We wanted to see what that was like, but we couldn’t stay up late enough.

Side note: La Rana Dorada (pronounced rah-nah dor-ah-dah) translates to the Golden Frog and is a nod to the critically endangered Panamanian Golden Frog, a poisonous toad that is something of a national symbol here. For the last four years, Golden Frog Day has been celebrated in Panama on August 14th, and for the last three years, that has included a festival. Proceeds from t-shirt sales at the brewery go towards efforts to save the species. 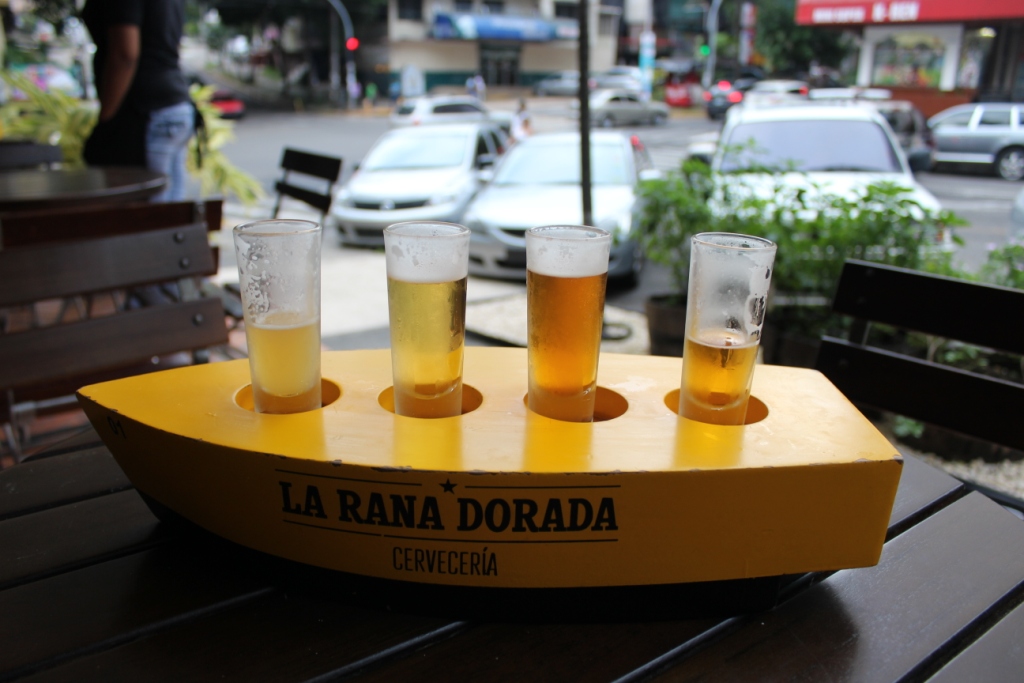 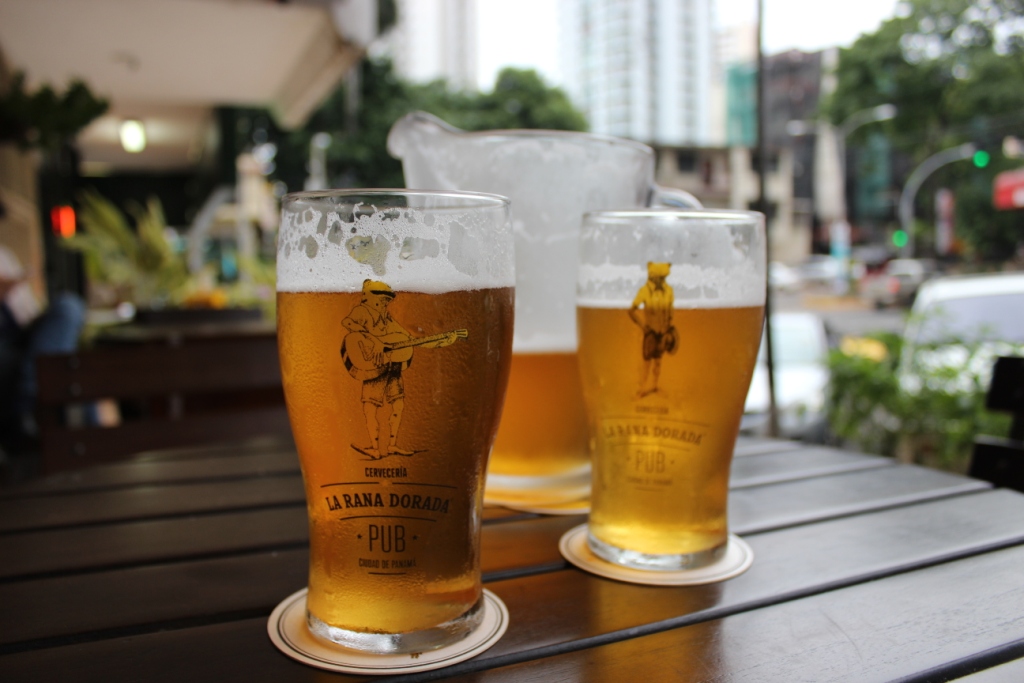 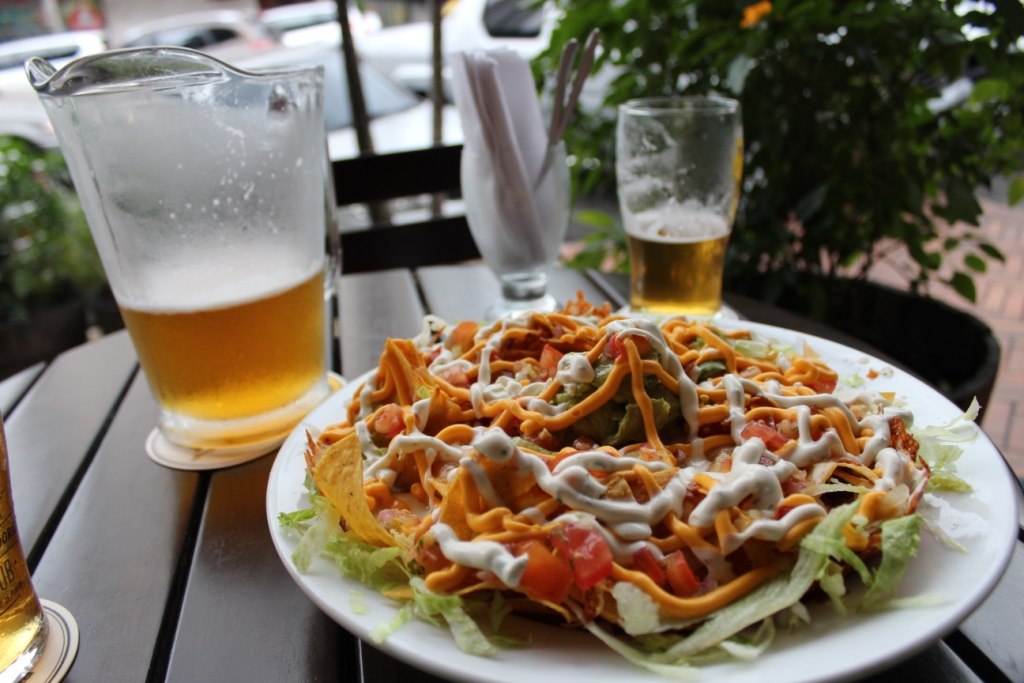 Those may look like cheese whiz nachos, but they are actually perfectly thin, crispy chips woven between liberal amounts of melted mozzarella that is browning around the edges, topped with pico, guac, lettuce, and sour cream, and THEN covered in cheeze whiz. 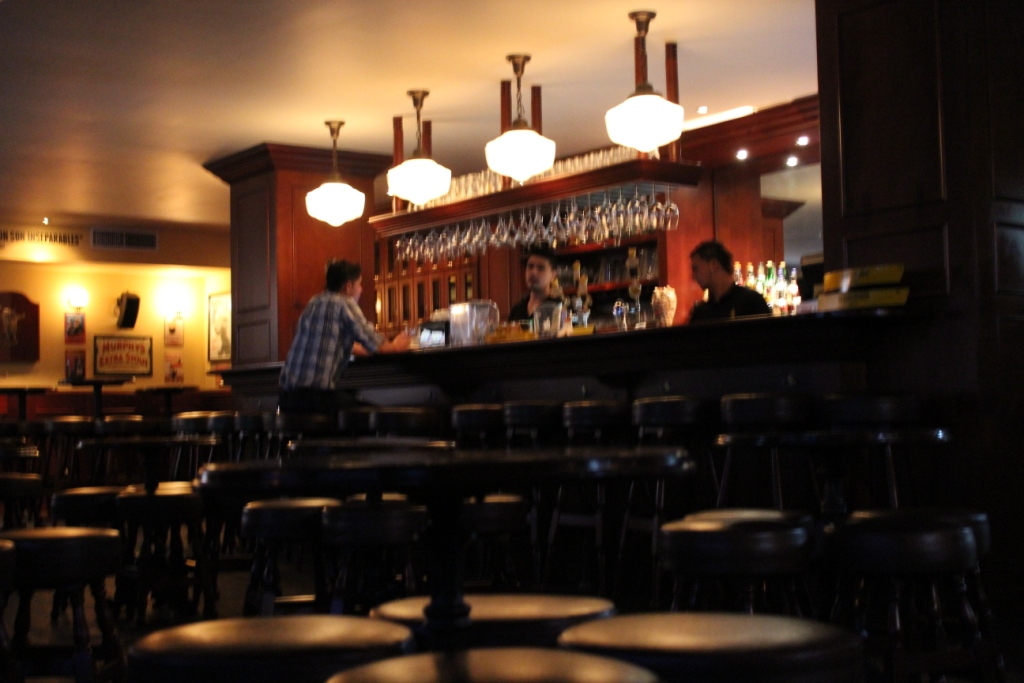 Inside of La Rana Dorada's pub during a quiet early evening

I wish I could go on here to describe a fierce competition for best craft brew in the city, but as far as my taste buds are concerned, that just doesn’t exist. The beer at Istmo Brew Pub doesn’t hold a candle to that of La Rana Dorada. It’s fine, I guess, but at $6 per pint, “fine” beer is tough to swallow. We ordered two pints that were supposed to be copper (the Veraguas) and deep golden (the Chiriquí) colored, but both were practically black and highly carbonated, presumably covering the lack of flavor. Afterwards we split an actual golden brew (the Colón); it was average. What we did like about the Istmo Brew Pub was the environment of the bar itself, which has an open layout, a great patio, sports on many flastscreens, and a fun, but chill vibe. Though the prices and clientele don’t seem all that different between the two pubs, the ambiance and mood of Istmo just feels a bit more like us. Our server was friendly and the location is good as well, just around the corner from Pomodoro near Veneto. 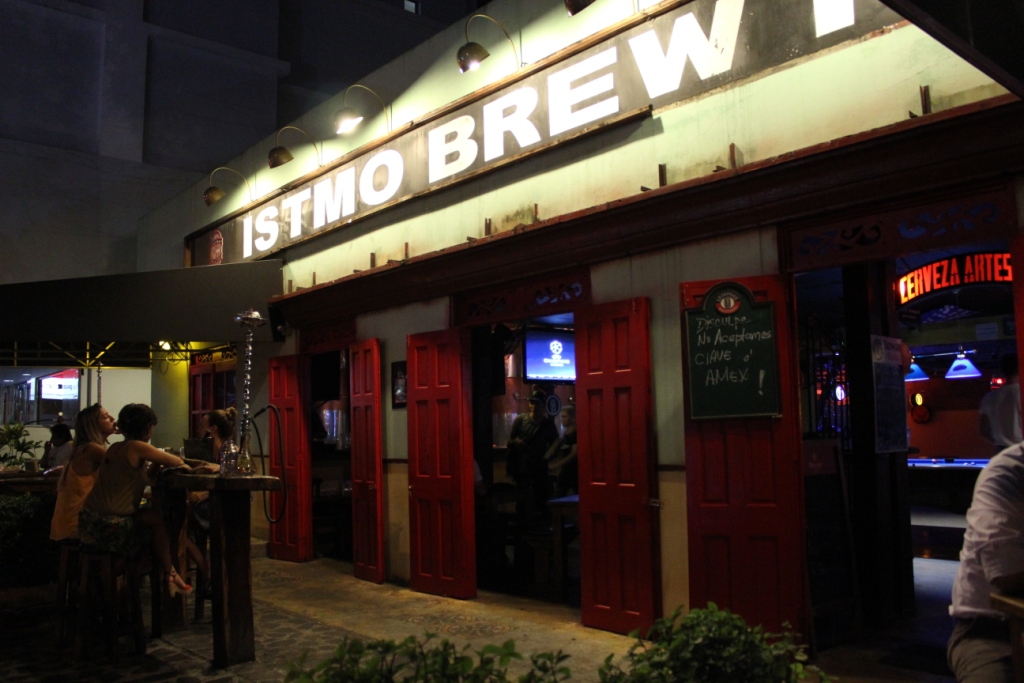 From the patio of the Istmo Brew Pub