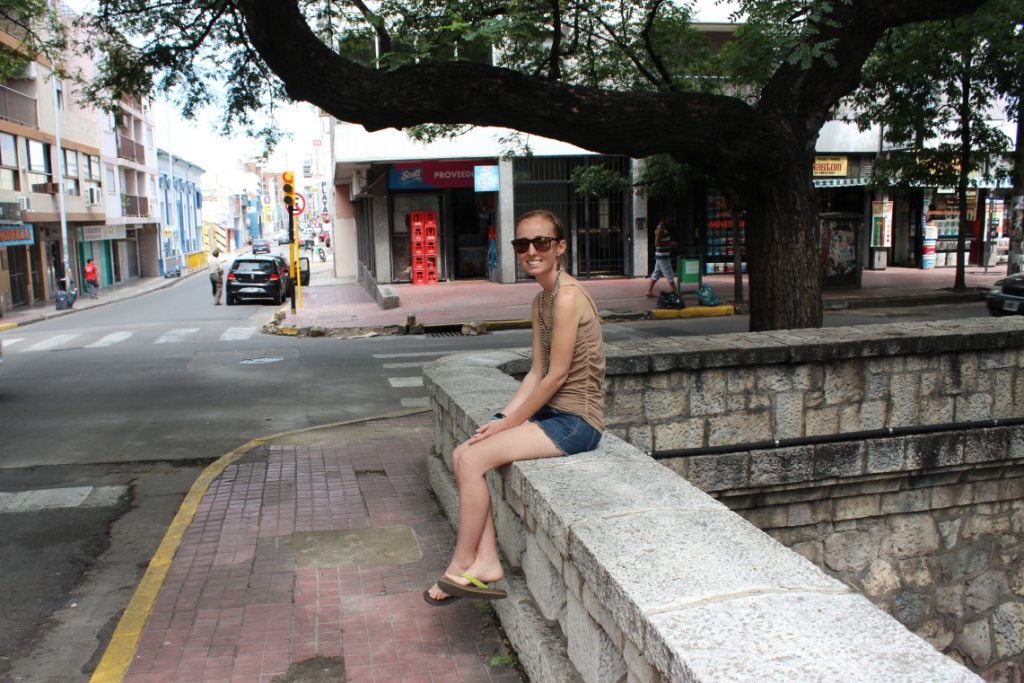 We arrived in Córdoba having done tragically little research on the city. Besides knowing it had a million and half residents (making it Argentina’s second largest city), and that it was located in the geographic center of the country on the fertile Pampas, we were pretty in the dark about what to expect. Alas, that is unfortunately still the case, so I have no interesting numbers to spew at you and no scintillating histories to tell, only our personal experiences.

When we first pulled into town it was hot. Damn hot. We’d been fairly cool up in the Andes for a couple of months, and all of a sudden it felt like we had been dropped smack dab in the middle of a Kansas summer — it was somewhere in the nineties with blazing sun, though the insufferable humidity of the last real heat we had felt in Central America was gloriously absent. Our neighborhood was on a largely commercial urban street, but as we sat and looked around (our host was about an hour late — attitudes toward time are apparently somewhat relaxed here), we realized every single thing on the street was closed, despite the fact that it was 6:30 on a Saturday evening. Signs indicated most places closed at lunch on Saturday and didn’t reopen again until Monday morning. That was slightly disconcerting, as we were 1) hungry and 2) in need of outlet adapters. For the first time on this journey we have encountered a new type of plugin. After getting settled in our apartment, we took to the streets in search of food and hopefully an adapter to power our electronics.

Stopping in at maybe a dozen different supermercados and farmacias, we came up empty handed. What we really needed was a ferreteria (hardware store), and those would likely all be closed until Monday. Deciding food (and beer) was more important we grabbed ingredients for our most recent go-to simple meal, grilled cheese with sauerkraut (seriously, if you like sauerkraut you will like it on grilled cheese). On the way home we found a bottle of contact lens solutions for the equivalent of about five dollars. For comparison, it had been over thirty dollars two weeks earlier in La Paz, Bolivia.

Later that evening we made a startling and welcome discovery. Córdoba has a Walmart.

First, let me point out that I understand opinions on Walmart are very mixed and sometimes polarized. Hell, my OWN opinions on Walmart are very mixed and sometimes polarized. No matter what your thoughts are on the matter, let me just sat that if you ever spend a couple months in places where stores selling more than one type of good are essentially nonexistent, there is a decent chance you might dance a little jig if you heard there was Walmart nearby. You mean we can go to one building and fairly safely assume everything we need will be inside of it? Yes, please. We decided right then and there that the first order of business for the next day would be to have us a big outing to the Walmart.

So at 11:00 on a Sunday morning we retrieved our car from the car park, and made the five mile journey through town. Along the way we saw all sorts of amazing sights we hadn’t been entirely sure we would ever see again — giant grocery stores, malls, electronics, car dealerships, gas stations that will actually sell you gas. And there it was, a bright blue, white, and yellow building, shining like a beacon in the summer heat. It really was bliss. We smiled and roamed the aisles, mouths agape at the incredibly variety engulfing us in a sea of ridiculous deals.

One thing they did not have was outlet adapters. The guy in the electronics department pointed us to Sodimac, a South American version of Home Depot. At Sodimac, we were again greeted with shaking heads. Dejected, we wandered into the Kmart-like store next door, hope fading fast. An electronics guy in that store drew us a map to a place called Dr. Hard (that’s not a translation, it is actually called Dr. Hard), which turned out to be a computer store. They didn’t have outlet adapters. However, they did have the bottom half of the power cords for our computers, which meant we could at least get those working. Nine dollars later we were on track to actually be able to work and use our computers for the week.

Monday and Tuesday were mostly spent working and doing nothing particularly of note. Even with the scorching heat, we both noticed that our runs went about tenfold better than they had over the previous two months. Dropping from 13,000 feet above sea level to 1,200 in one day will do that I guess (negative side effect: for some reason we had really swollen feet for the first few days). Tuesday was New Year’s Eve, so at about 7:00PM we made the drive back out to Walmart to pick up some food and drinks for the evening. The closed doors and lack of lit stores on the way was fairly disconcerting. Indeed, when we arrived we realized it was closed. Curses, foiled again! We desperately drove back toward the apartment, watching store after closed up store pass by our windows. Eventually we managed to find a small family run store (they call them kioskos here instead of tiendas), where we picked up some wine, and a Chinese grocery store, where we grabbed ingredients for what I have decided to call “ghetto pasta alfredo.” At midnight the streets erupted in a disorganized symphony of explosions for perhaps half an hour. There was no official city fireworks display, but the residents more than made up for it. Our windows shook with excitement.

We probably should have anticipated by this point that everything would once again be closed on Wednesday, as it was New Year’s Day. Oops.

Thursday, our last day in Córdoba, we spent working and writing, though we did make some time to take a lovely stroll down La Cañada, a tree-lined riverwalk of a street. The next morning we again loaded up the car for our seven hour jaunt to the big city of Buenos Aires. 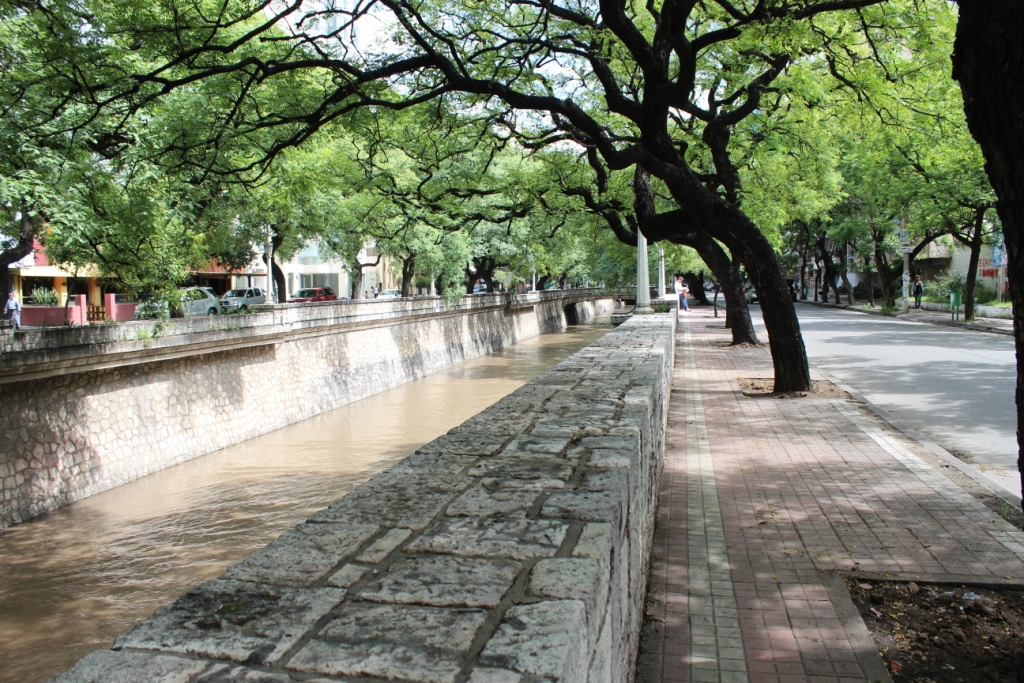 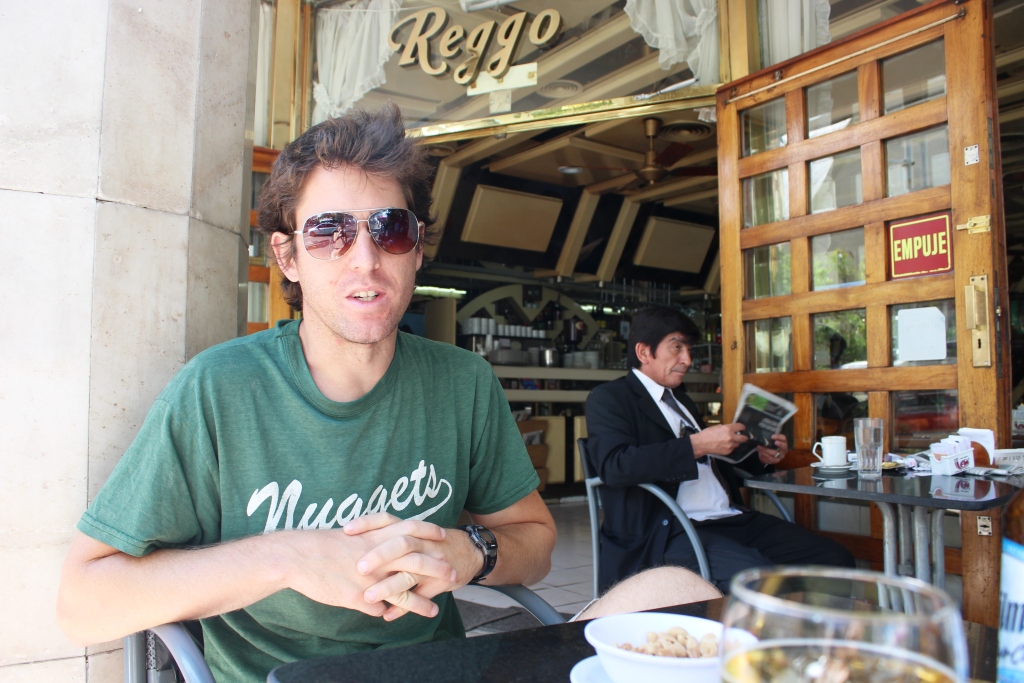