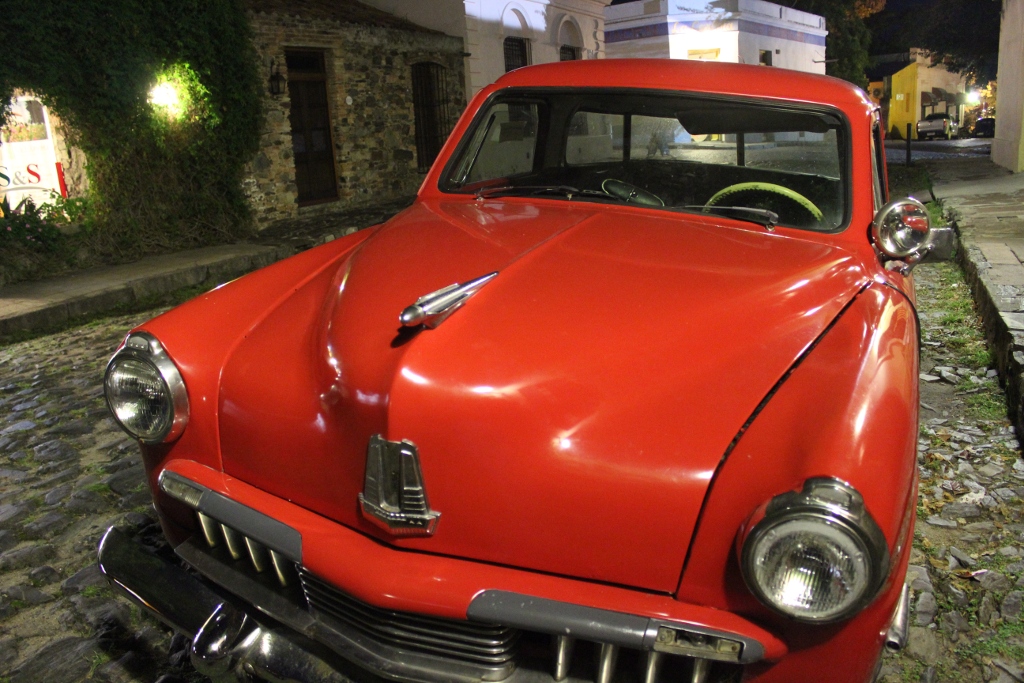 One of many antique cars in the historic center.

Colonia del Sacramento sits peacefully on the north side of the Rio de la Plata, around thirty miles as the crow flies east-northeast across the water from Buenos Aires. Originally founded by the Portuguese in 1680 at a highly strategic point jutting into the river, Colonia, as it is often shortened to, changed hands between Portugal, Spain, and eventually Brazil a dozen times over its first 150 years of existence before the founding of Uruguay in 1828. There are two main attractions that bring a steady crowd of weekenders from Bs. As. (it’s only an hour by ferry) and the Uruguayan capital of Montevideo (as well as a small but noticeable international contingent).

The less notable of these two attractions is a string of sandy beaches and waterfront hotels. More famous, however, is Colonia’s old centro. On the very tip of a small peninsula surrounded by water on three sides, this historic district is small and modest, but impeccably well preserved. It’s cobble-stone streets (some of which date to the seventeenth century), quiet square, authentic colonial buildings, and peaceful atmosphere are as realistic a snapshot back in time as you are ever likely to find. Walking through the streets it’s not hard to imagine living in a time without bright lights and screens staring you in the face all day long, a time when the water was your link to the impossibly vast world. Sure, there are a set of seven or eight small museums, including an old lighthouse you can go up in, and an abandoned bullring further north, but the main activities to do here are walk and sit, check yourself out of the modern world, take it all in, sip your mate, watch the nightly light show when the sun slips below the water, and maybe stop for a snack at one of the historic district’s many open-air cafes.

We have read several blog posts online disparaging this place as a boring waste of time, which is highly unfortunate. Take those articles with a grain of salt. You should be aware going in that Colonia is not generally a place for excitement. That does not mean it is boring or a waste of time. Rather, Colonia del Sacramento is a place to slow down, a place to relax and contemplate (or not think at all), a place to remove yourself from hustle and bustle. If you are looking for these things, you will surely find them. 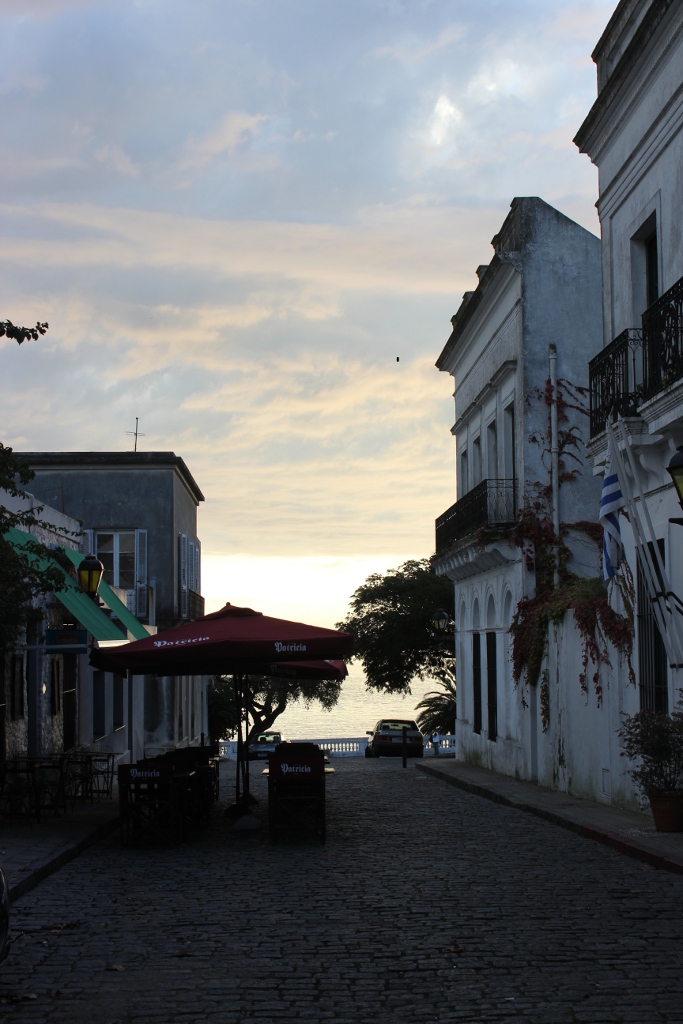 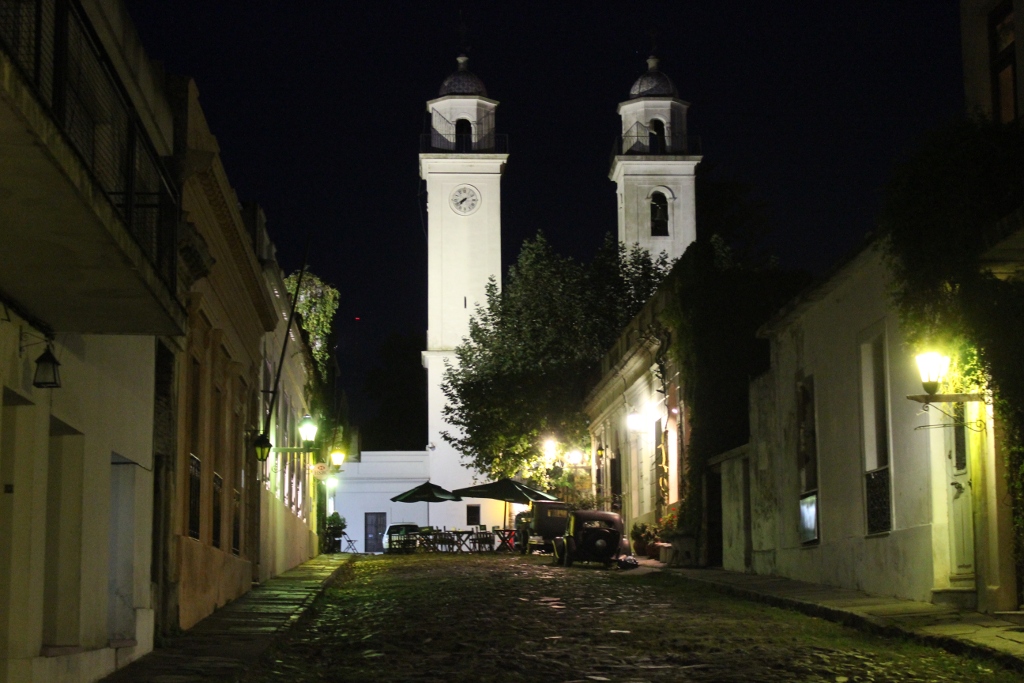 The historic district from the beach. 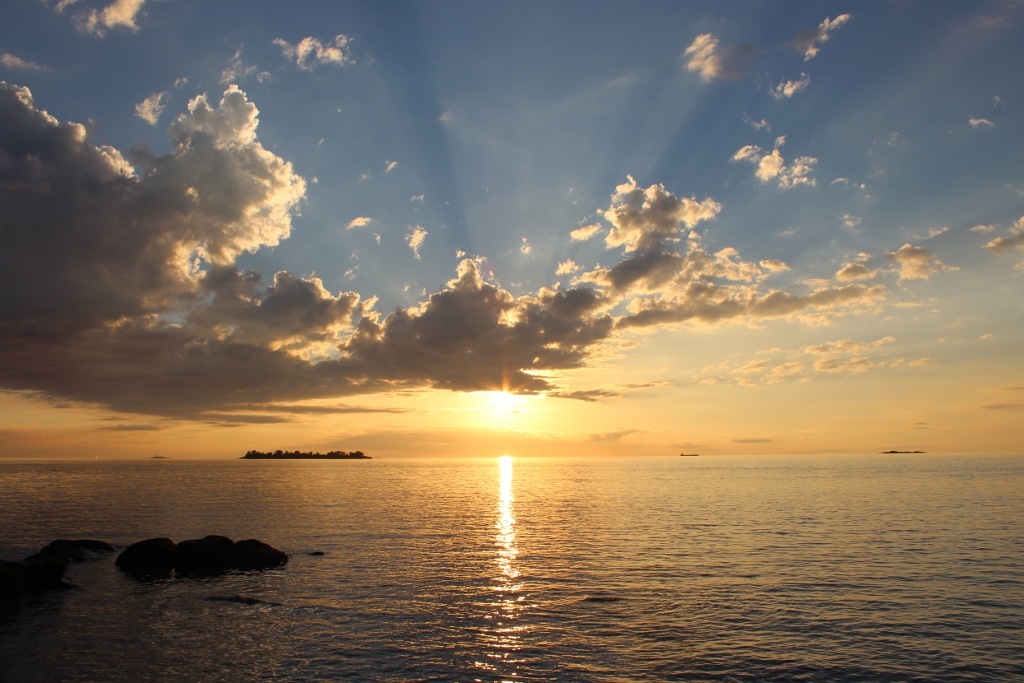 People gather at the waterfront each evening to watch scene's like this one. 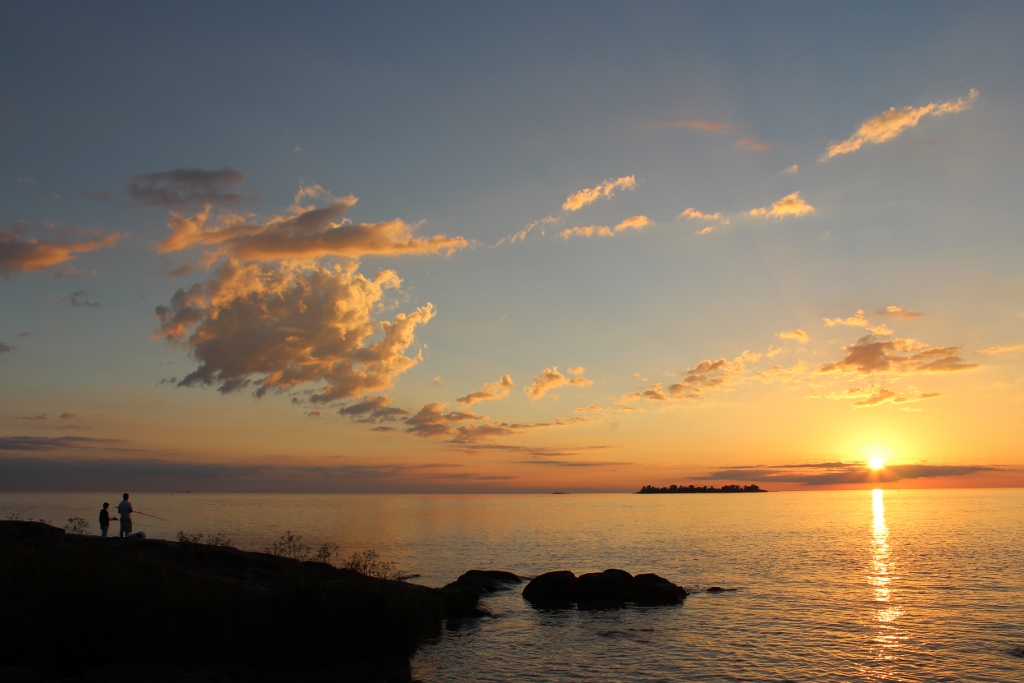