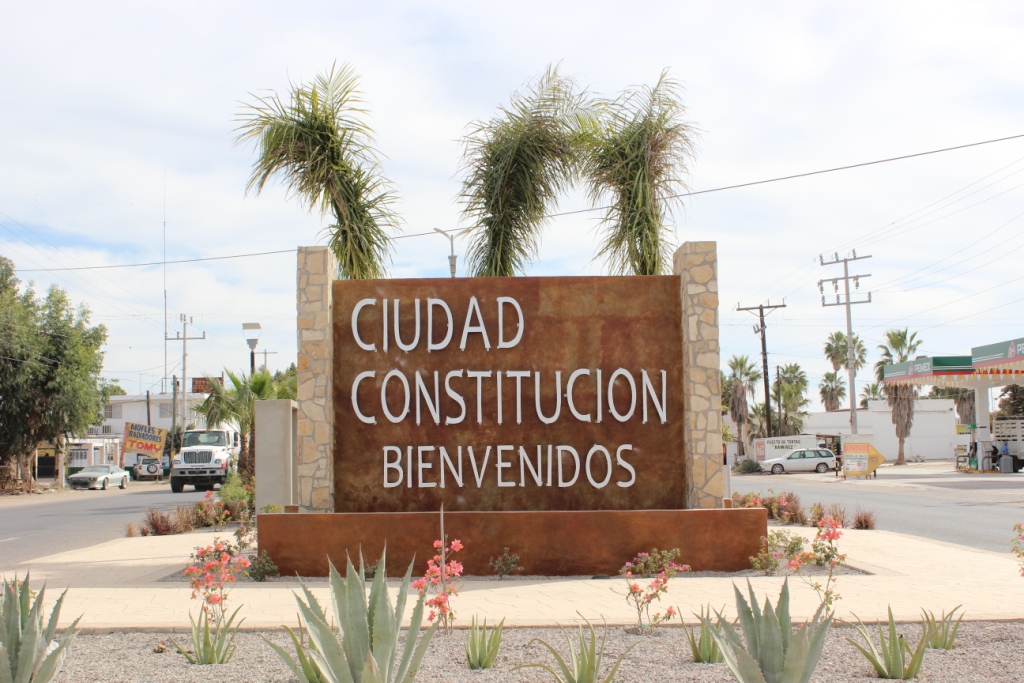 Last week we spent a day in Ciudad Constitución, Baja Sur’s fifth largest city at 40,935 inhabitants. We had only anticipated seeing Constitución while driving through it on our way to La Paz at the end of the month, so when we decided to take the semi-spontaneous day trip, we knew very little about where we were going. We’ve since learned that the community itself developed around a ranch, El Crucero, in the early 1940s, quickly growing into a local hub for those living in the Valley of Santo Domingo or driving along Highway 1 north towards Tijuana or south towards La Paz and Cabo. Constitución’s main industry is agriculture, and one traveler even compared it to small towns in Kansas or Nebraska. This, of course, surprised me a bit at first as our experiences in Mexico seem foreign and excitingly new, but she might have been onto something.  The city is incredibly comfortable – friendly (but not overly so) people on the sidewalks, bustling lines at the bank, familiarly arranged grocery stores, backpacked children walking to school, and even a Coffee Star or two.

This is where our day began, with work as usual at the Coffee Star, a cafe that was aptly described to us as Mexico’s version of Starbucks. While the multiple locations we saw in Contitución indicated a branding scheme slightly less strict or adhered to then an American coffee chain, the setup, offerings, internet availability, and circular green logo were strikingly similar. Black coffee (actually an espresso americano) cost 21 pesos ($1.65USD) per three-quarters-filled 16oz cup and a slice of specialty Snickers cake was 40 pesos ($3 USD), but the internet was free and fast and the barista was friendly.

At lunch time we headed out for a walk around town before grabbing some grub. We strolled south on the main drag as food stands served their first customers and multiple TelCel stores blared American pop songs onto the sidewalks. We purchased a copy of our van key at a corner stand for 40 pesos ($3.25USD) before venturing a few blocks east to catch site of a regal statue of Benito Juarez and a church whose steeple we could see from everywhere we walked. The beautifully blue church sat open and welcoming next to a town square that was surrounded on its other three sides by shops and lively activity for a weekday afternoon. One gentleman, about our age, pulled up on an ATV to ask us where we were from. He asked in English and without thinking, I responded in Spanish. There appeared to be very few gringos in Constitución, and for reasons unbeknownst to us, our smiling amigo was surprised to learn that we weren’t French or Spanish. Have a nice days were exchanged, and off he went.

We popped into a couple of small shops as we walked, many of which offered brand name clothing such as Hollister and American Eagle at California prices. Bottles of tequila were remarkably cheap, but we instead settled on a jugo guayaba, Guava Juice, from a corner store advertising licuados in a rainbow of alluring colors. Seven or so different cups hanging on the wall were labeled by price, so we ordered a size 10 pesos, and the kind woman working there offered us some to taste before filling the cup as she could sense we were unsure what a guayaba was.

Heading back towards the main road to get some lunch before heading back to San Juanico, we stumbled upon Taquería Rosita, a small stand advertising 10 peso ($.75USD) fish tacos. We requested five and took a seat at one of the plastic tables along the sidewalk under a row of shady trees until the woman cooking called us to get them. The ledge in front of her serving window was lined with bowls full of toppings from tomatoes and onions to grilled jalapenos and salsas of all colors. As we have often been told here, she urged us to pay when we were done, perhaps thinking that we’d come back for more. They were indeed incredibly delicious tacos. We still talk about them daily as the special treat we will return for when next in Constitución.

As we headed out of town, a number of naranja stands, typically consisting of single pickup trucks with beds full of oranges and handwritten signs advertising pricing that seemed to vary little between vendors were posted along the main thoroughfare. For 25 pesos ($2USD) we bought a couple dozen delicious, seedless oranges on our way home and then soaked up the sun with the wind in our hair as we cruised past the orange groves and back into the desert towards San Juanico. 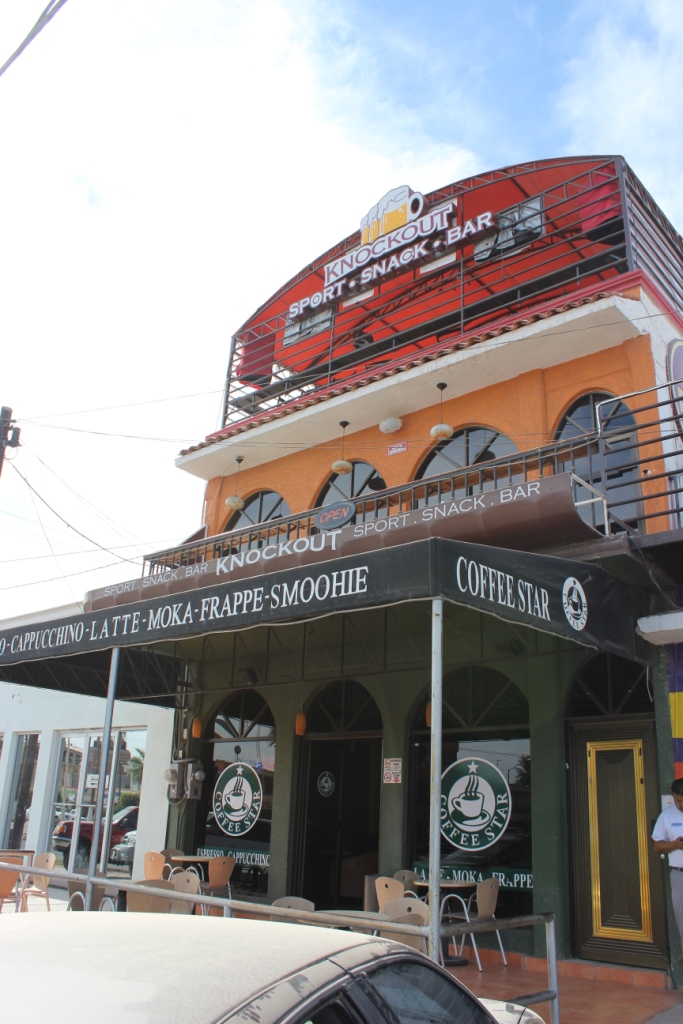 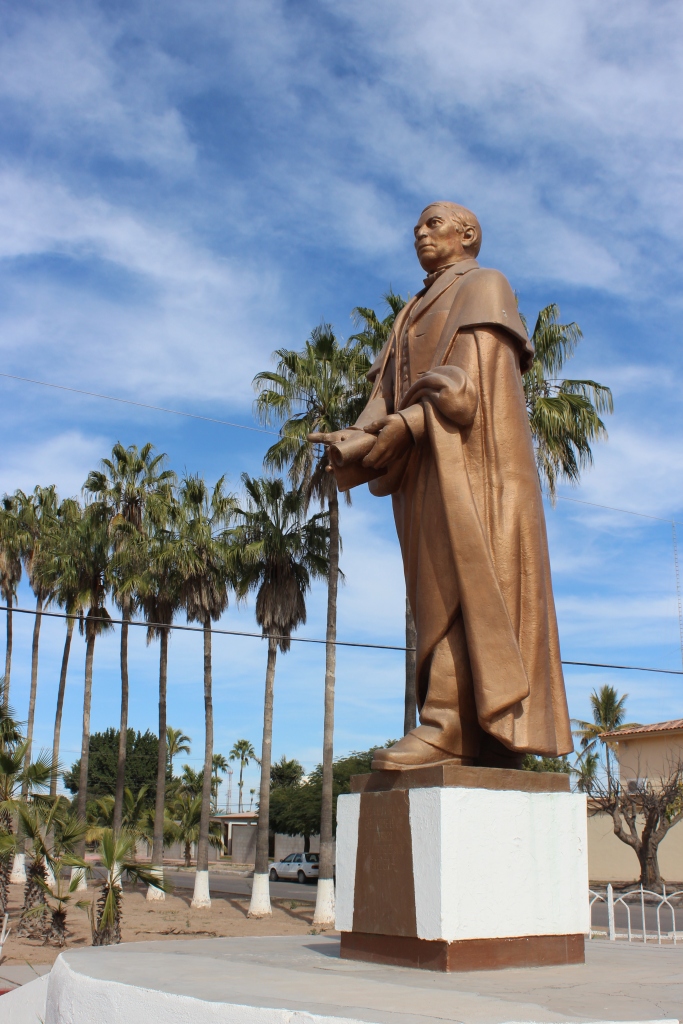 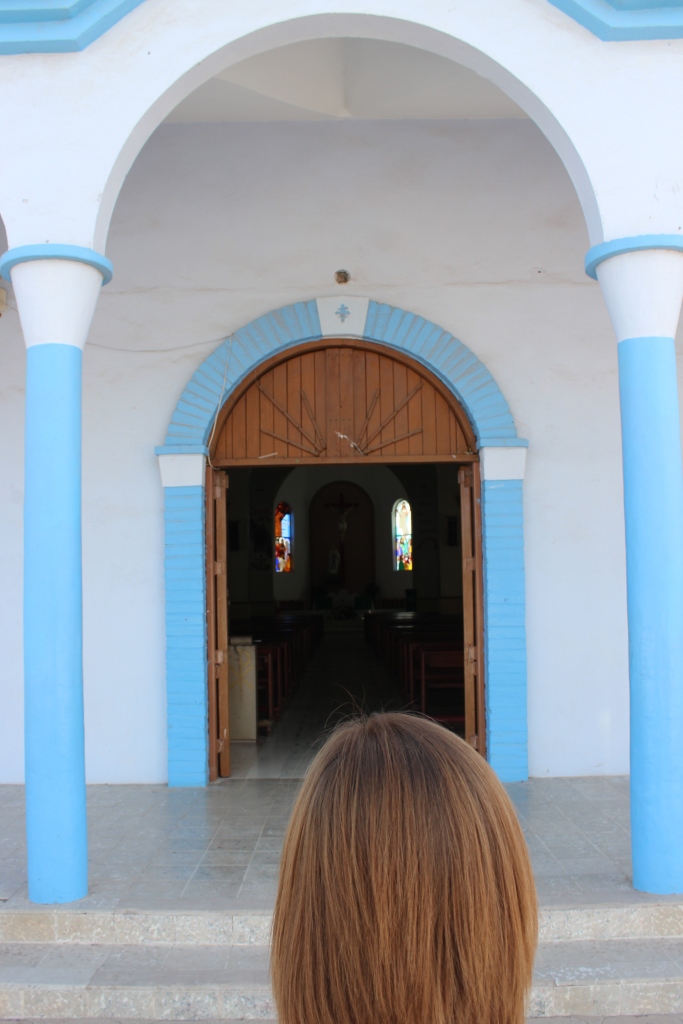 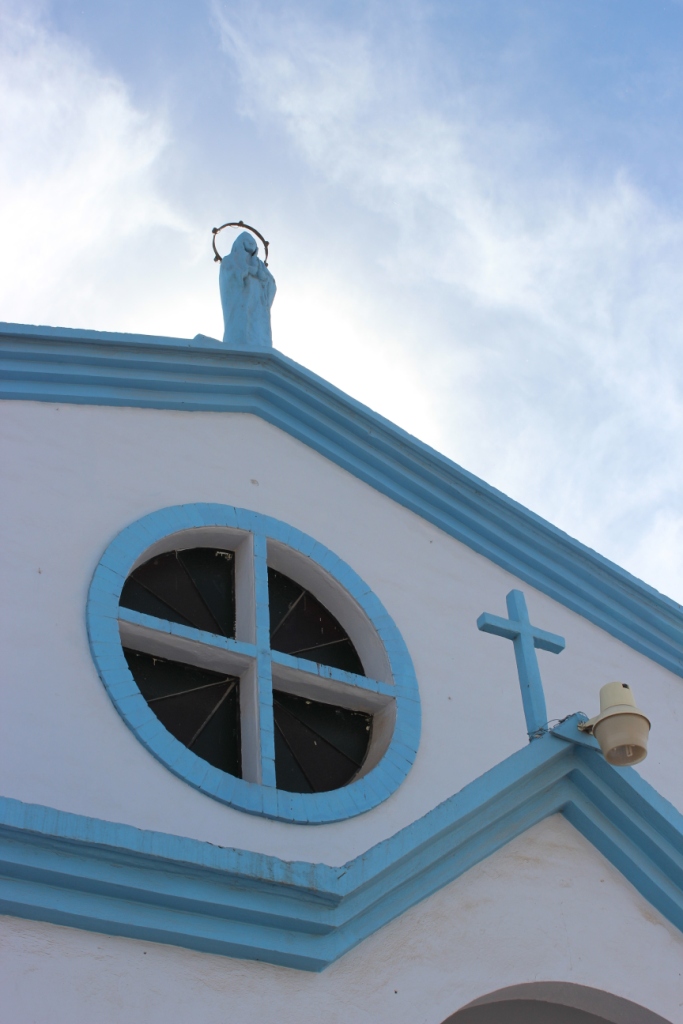 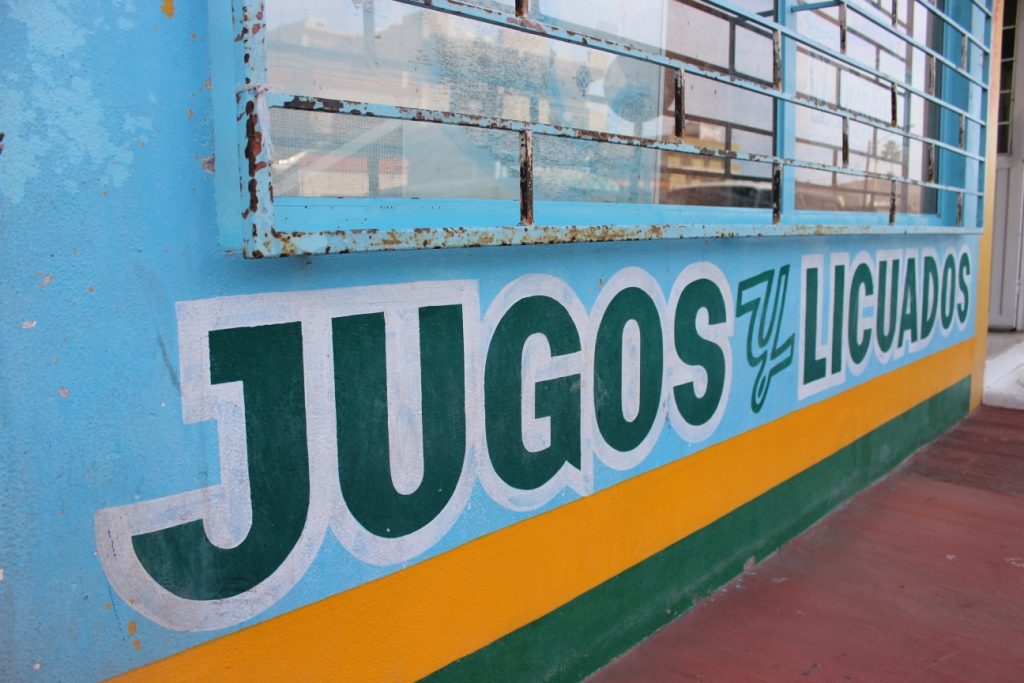 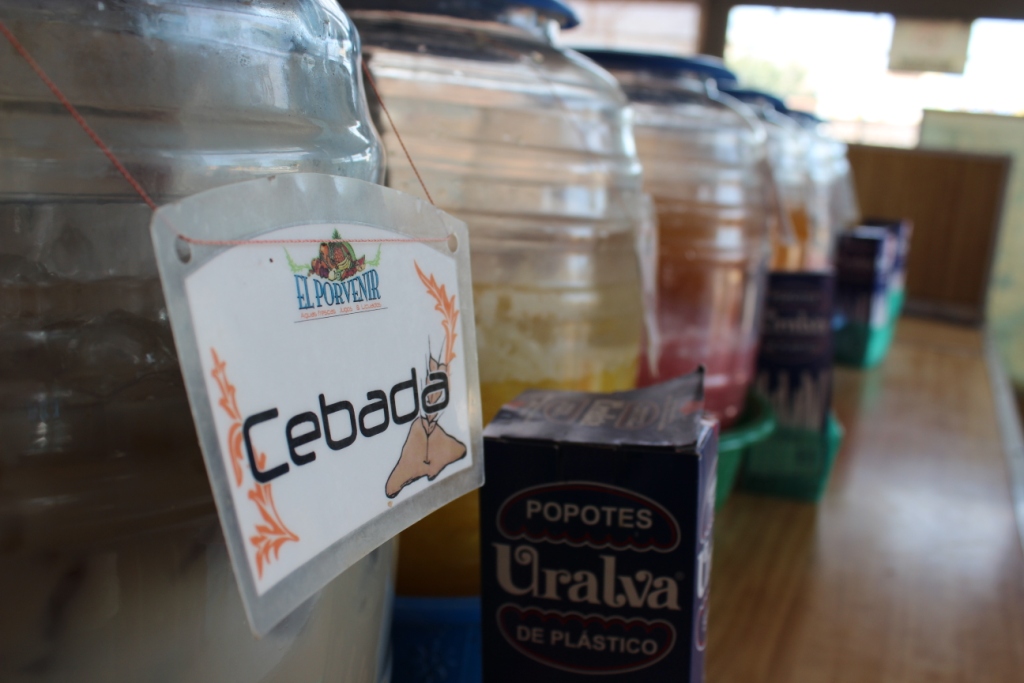 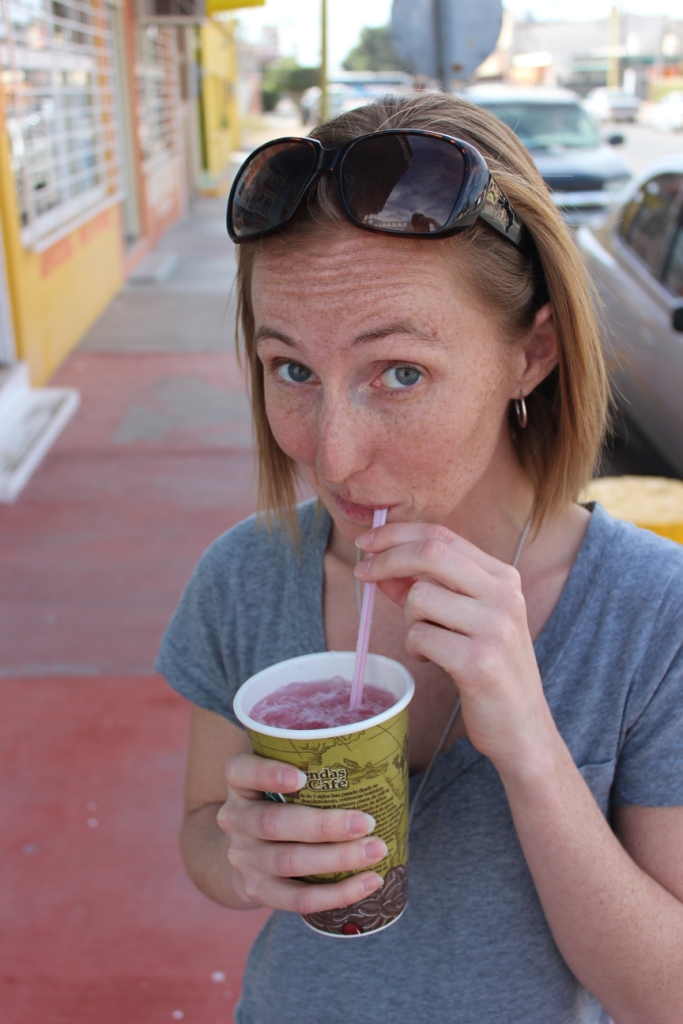 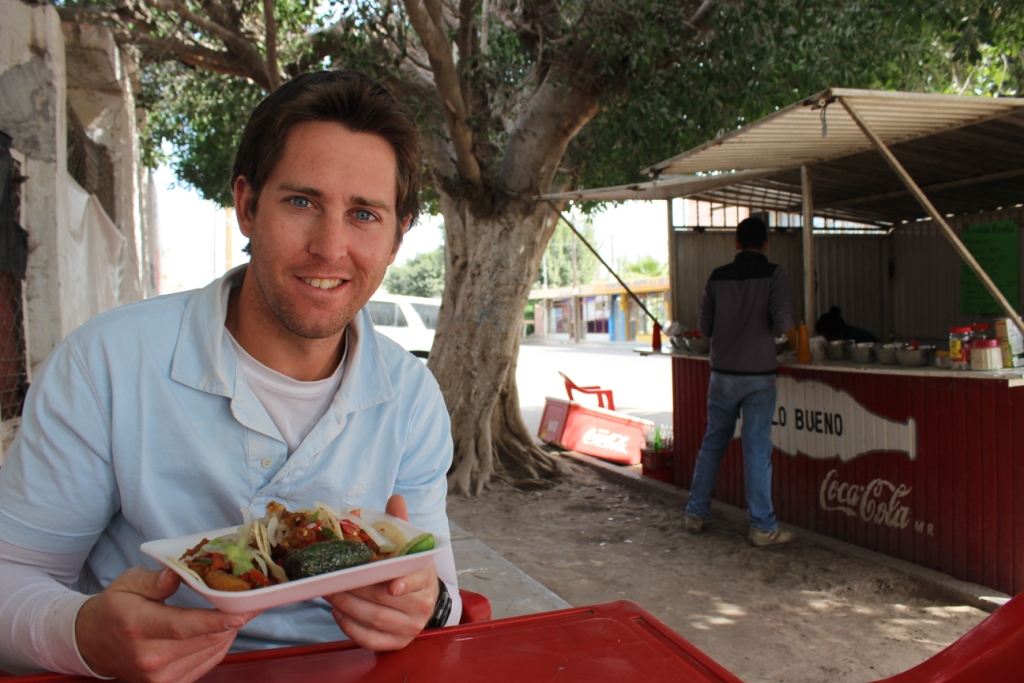 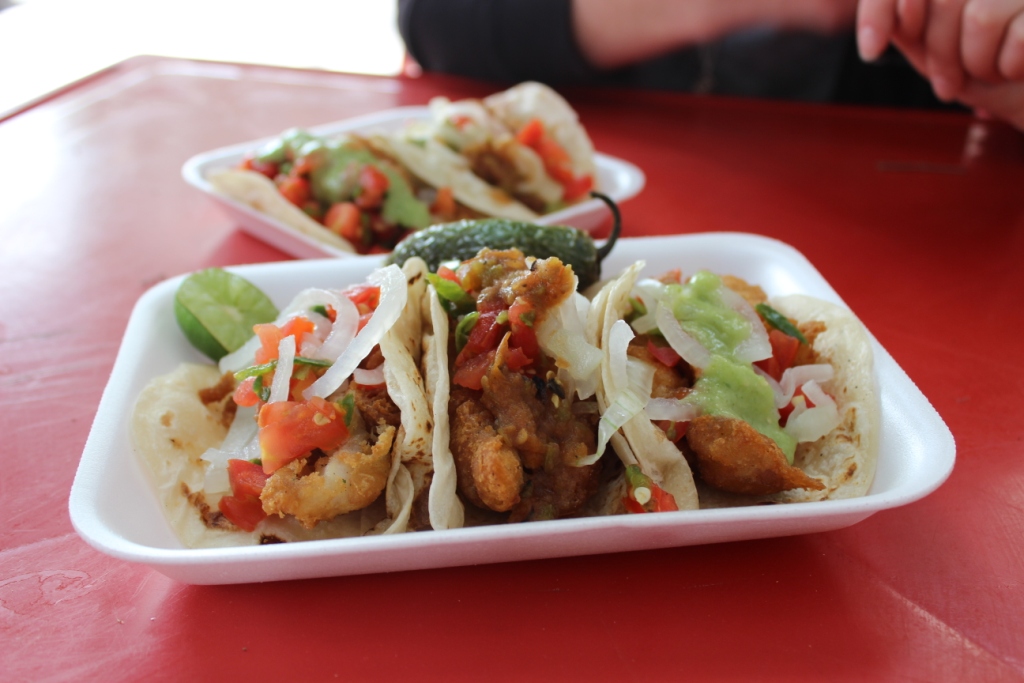