January 1st, 2014 | Posted by Brianna in Bolivia | Celebrations | The Places We've Been 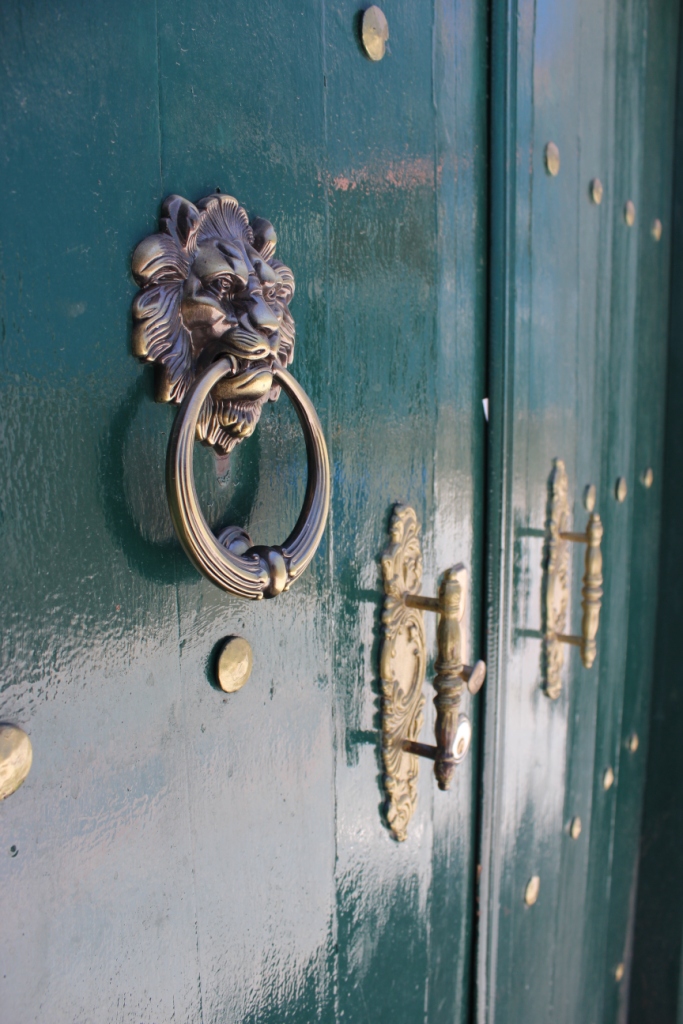 Potosí might never have landed on our radar were it not for Salar de Uyuni and the apartment that we loved in La Paz being booked for the week of Christmas. But we wanted to visit the salt flats and were looking for a place to stay during the holidays, so when we found a nice spot in Potosí that suited our needs, the city became a part of our journey. Located 330 miles SSE of La Paz by road, Potosí is one of the highest cities in the world sitting at a startling 13,420 feet. Potosí’s Cerro de Potosí, a mountain that is dramatically said to be made entirely of silver ore, was a main source of the Spanish riches during the period of their New World Empire, making the city itself enormously important to the crown. In the 17th century, Potosí was as large as London at the time, and the slave labor used to mine the silver so diminished the indigenous populations that thousands of Africans were then shipped into the country to work to their deaths too. The mountain’s silver was mostly depleted by the early 19th century, shortly before Bolivia declared independence, and while many locals still work in the tin mines of Cerro de Potosí, a job that regularly costs them decades of their lives, the returns are radically diminished, and the economic decline that followed the prominence of Spanish controlled Potosí has yet to be overcome.

The colonial past is still quite evident though, and we were surprised by the charm (albeit graffiti covered charm) and warmth (ambiance, not temperature) of the city. Now home to about a quarter of million Bolivians, Potosí was abuzz with activity during our 6 night stay. Whether this was an effect of the Christmas season and the final game of the Bolivian soccer league for the national championship or a regular occurrence is beyond the scope of our experience, but we’re guessing that it was the former. Lights covered everything, think Martha May Whovier and Betty Lou Who style. Entire blocks were shut down for seemingly endless stalls of Christmas decorations and related goodies. Our apartment was just a few blocks from the melee. Close enough to walk to whatever we needed, but far enough to have a bit of quiet. Except that the street was being redone and we had to traipse through wet mud to get into or out of our place, we quite enjoyed our apartment. It was on a shared courtyard with the family home that managed the rental and was clean and bright and calm. We put the only heater available in the bedroom, which we referred to as “the fort”, and that turned out nicely; we didn’t have a refrigerator, so having the majority of the house being so cold that we didn’t even need one worked out in our favor. 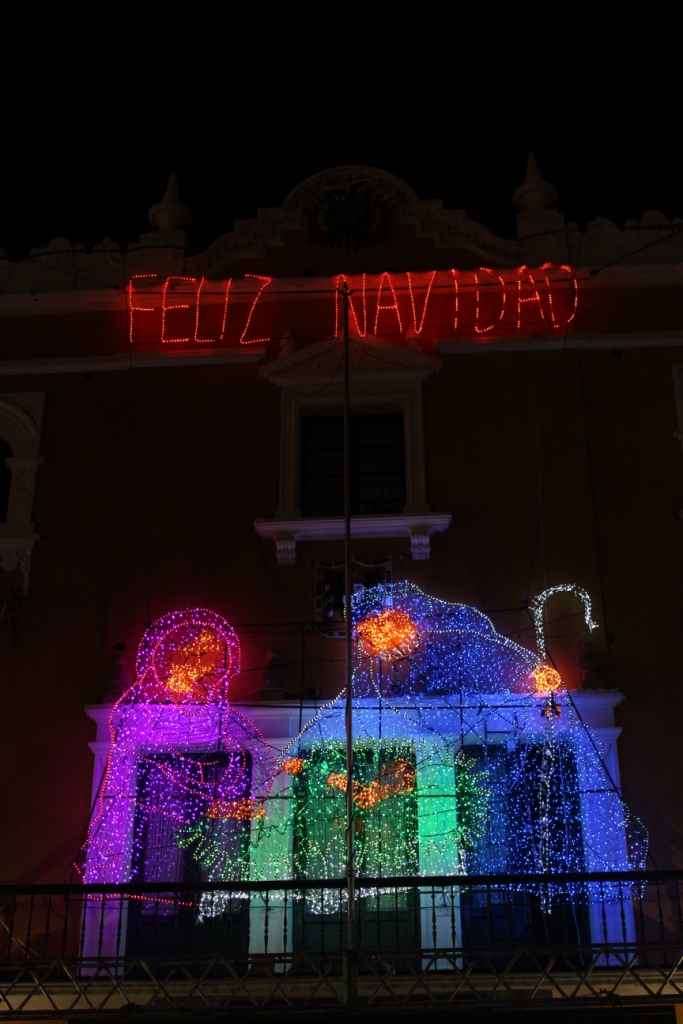 Though we’d been climbing up in altitude slowly since August, our bodies finally decided that we were too high. We were entirely wiped out and aside from our trip to Uyuni, we did fairly little exploring. On Christmas Eve though, we did head out for a couple of walks around town, once during the day and another after sunset. Just hours before Santa’s big arrival, the main square in town was packed and lively. Lights glittered, vendors sold chocolate covered marshmallows, caramel apples, popcorn, and pizzas, costumed individuals posed for pictures with children who wanted to be photographed with the Grinch or for some reason, Jack Sparrow, and families waited their turn to play rolls in the nativity scene, taking turns placing different babies in the manger as baby Jesus. For two people who have only ever been in a cozy living room on Christmas Eve, we found it to be incredibly jovial and full of fun for those sharing the evening in the square. On the other hand, we didn’t feel very good and we missed our families deeply. We couldn’t ignore how young some of the small pizza vendors were. It was more thought and emotion provoking than we had expected when we headed out to photograph the lights; we wandered quietly for a while and then headed back to our fort.

On Christmas day we received two very pleasant surprises. One was a brief strengthening of our otherwise pitiful and mostly non-existent internet connection that allowed us to talk to three of our four parents for a few minutes. It cut away in the middle of talking to Ian’s mom, and so we were never able to call his dad, but we felt quite fortunate to get to hear the voices of those that we did (and also had the fantastic consolation of knowing we would see his dad in person in less than two weeks!). A few hours later, just as we were getting ready to dive into our potato and green bean dinner, the abuelita hosting us who lived upstairs knocked at the door. In her hands was a bowl of her family’s Christmas dinner and two wrapped gifts. She handed them to me explaining that she wanted us to have something since we were so far from our families this year. She held my hand as she spoke, hugged me, and then headed back to their celebration. My heart grew three sizes in that moment. The food was delicious, and the gifts were more than we could have ever asked for. Later that afternoon we refilled the bowl with our concoctions paired with a hot cup of cocoa, and tried to return a fraction of the sharing to her that she had bestowed upon us. Such love and compassion. It is that sentiment that I hope to carry with me into and throughout 2014. Happy New Year! 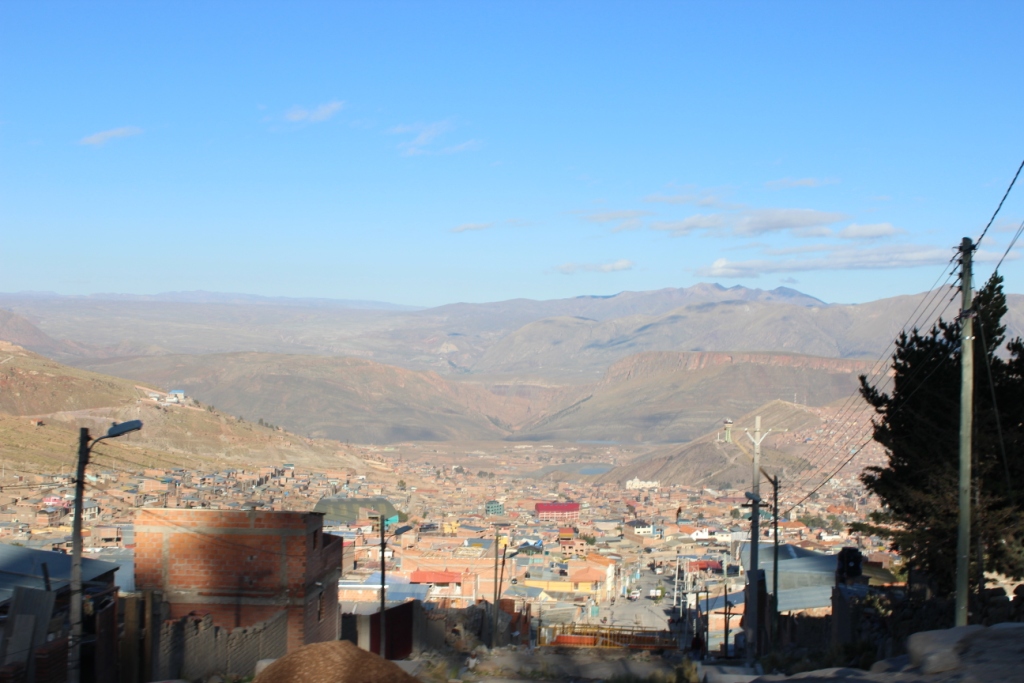 Part of Potosí as viewed from the road out of town. Note how close the tops of the neighboring mountains are. Also, there are better spots for the view, but this is what we have. 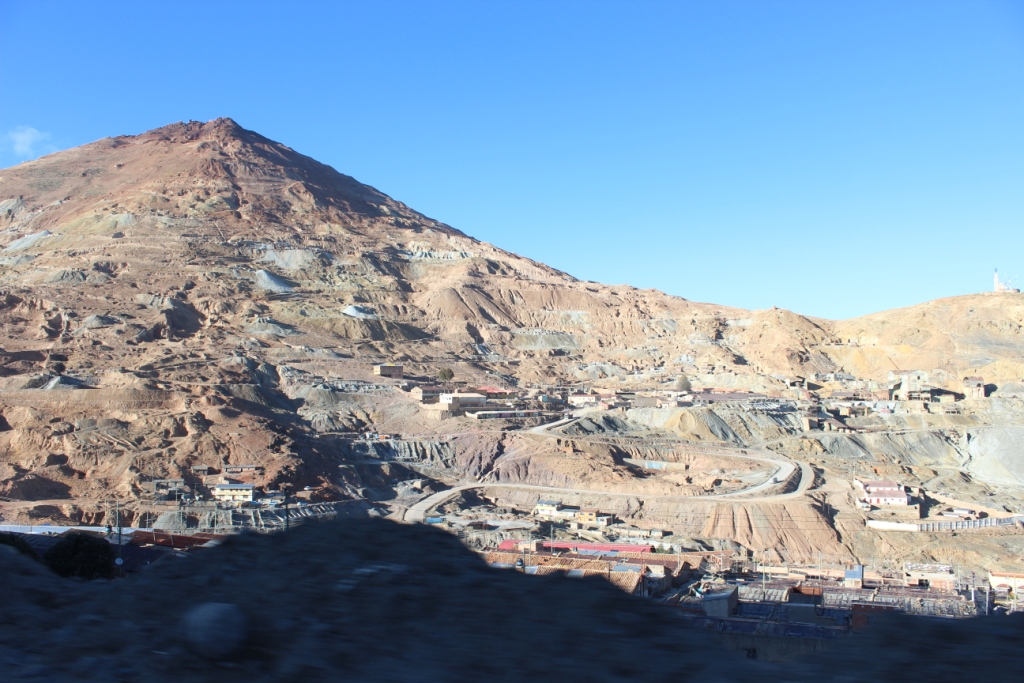 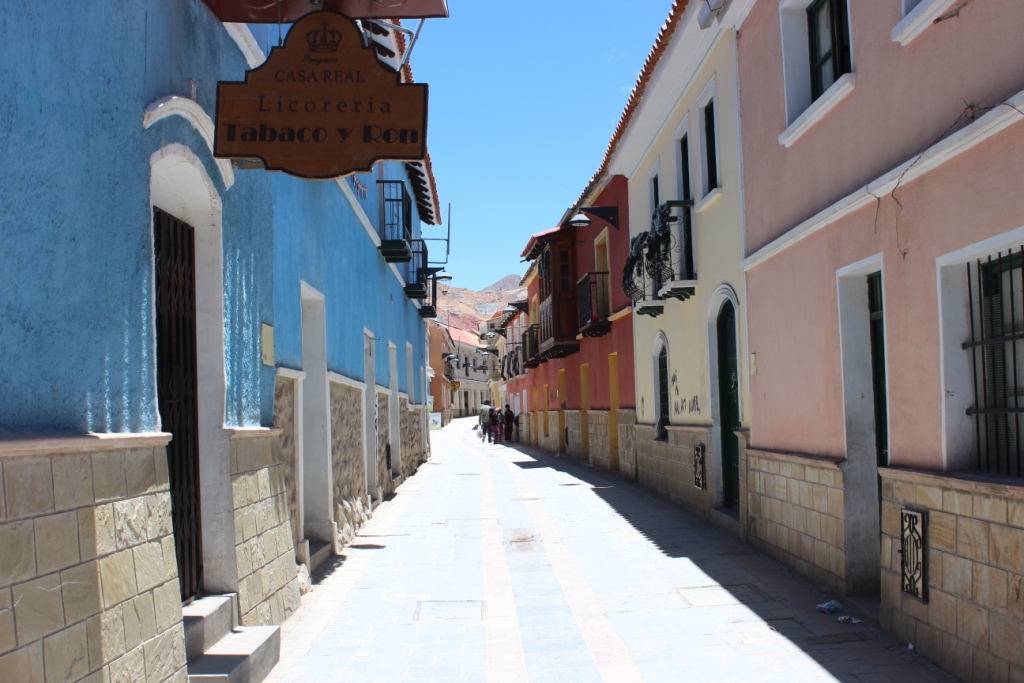 A church on Potosí's main square with Santa and his sleigh in front. 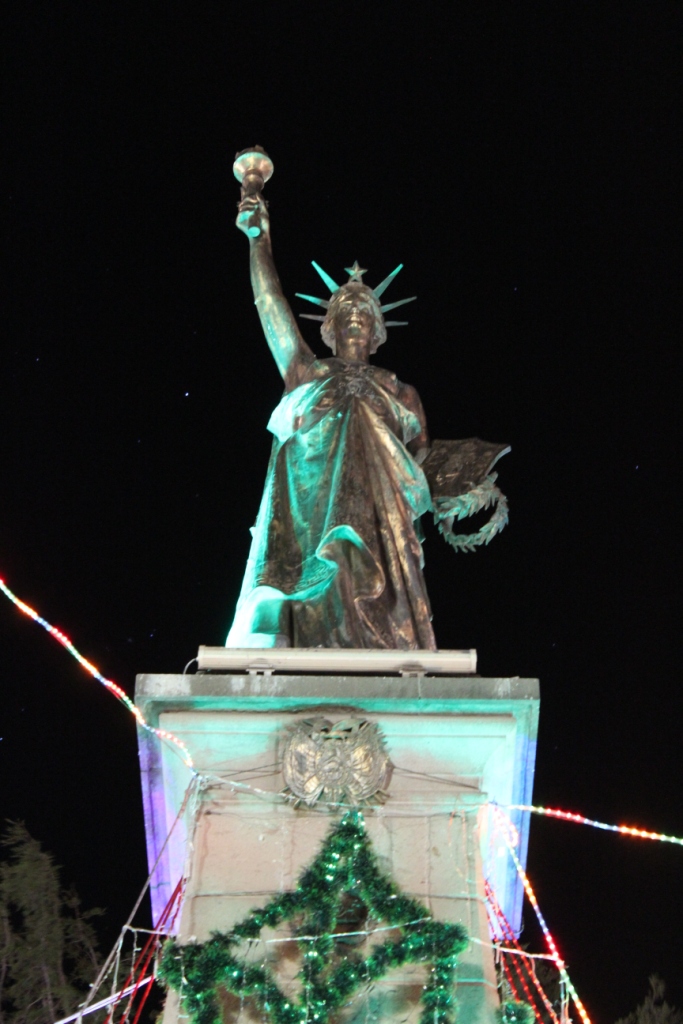 For not liking the United States, this statue looked pretty familiar. We couldn't read the plaque though, because it was covered by Christmas decorations. 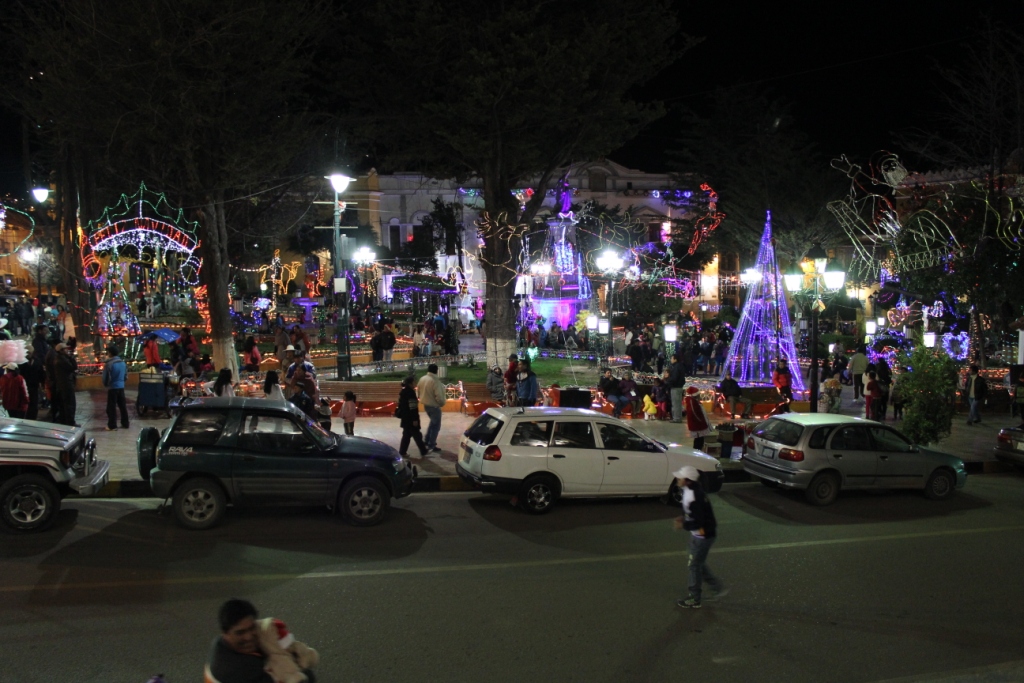 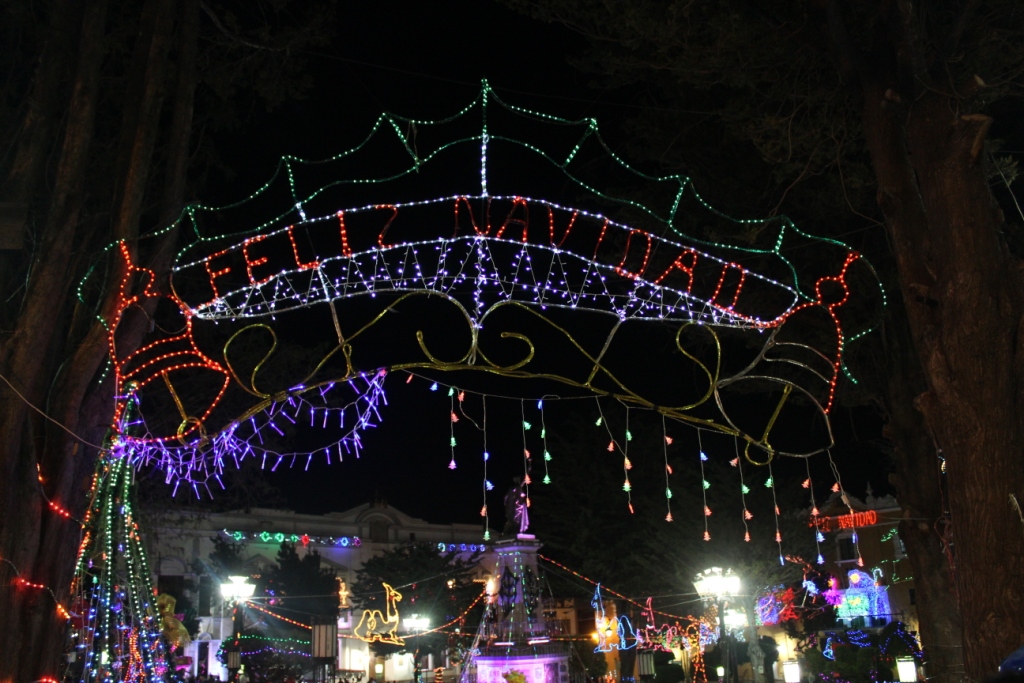 You know, this sign of lights just doesn't have enough lights... let's hang some extra strands on it... 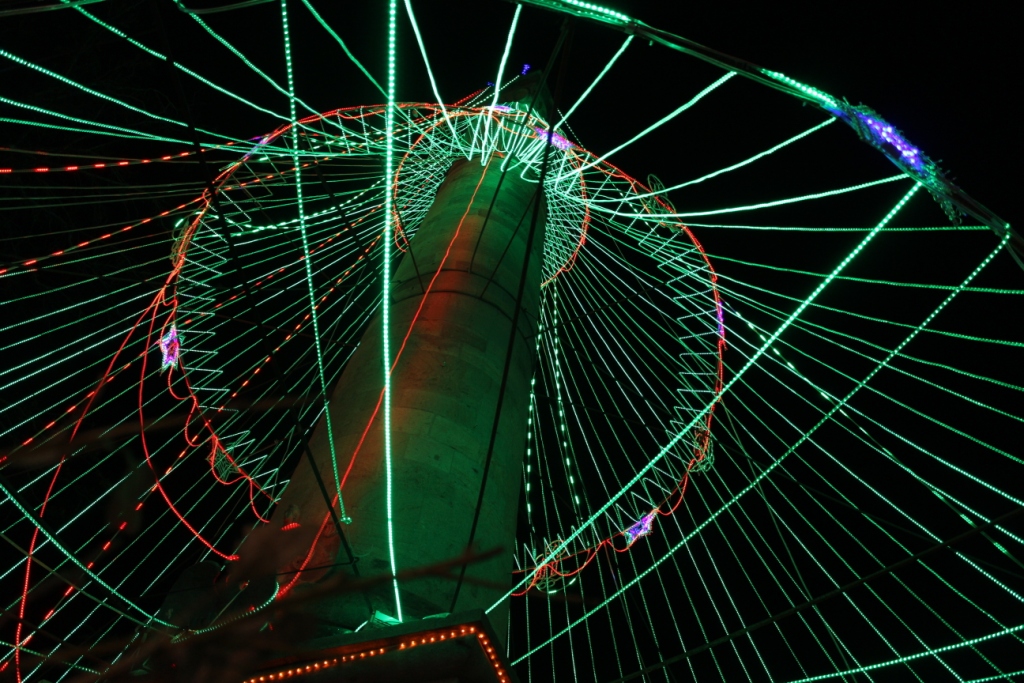 Looking up a giant Christmas tree in Potosí's center 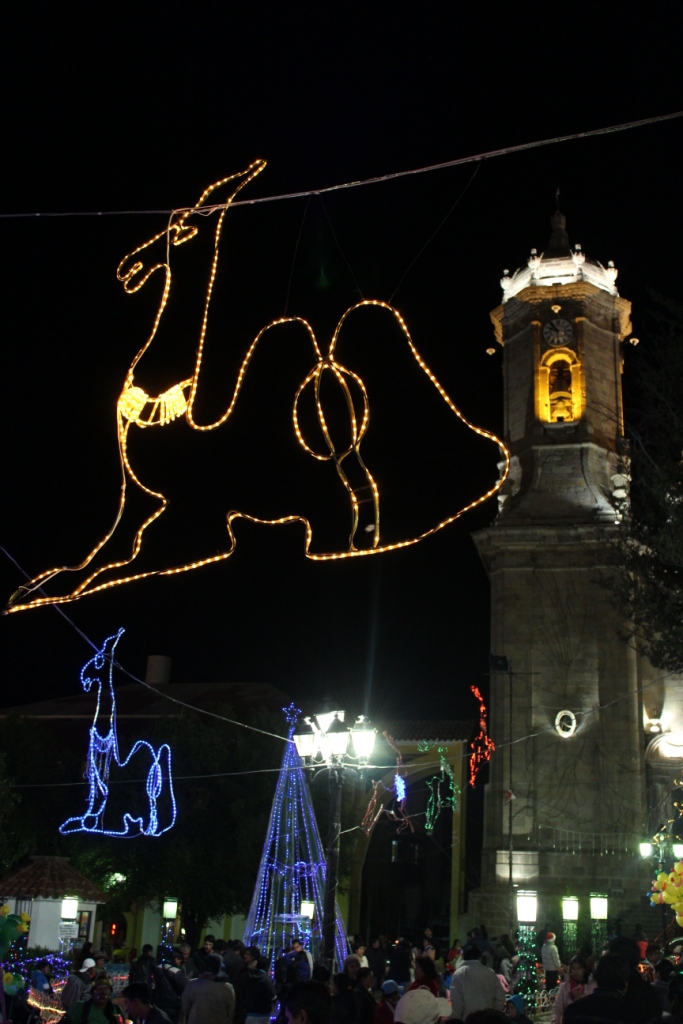 Camels Around the Plaza 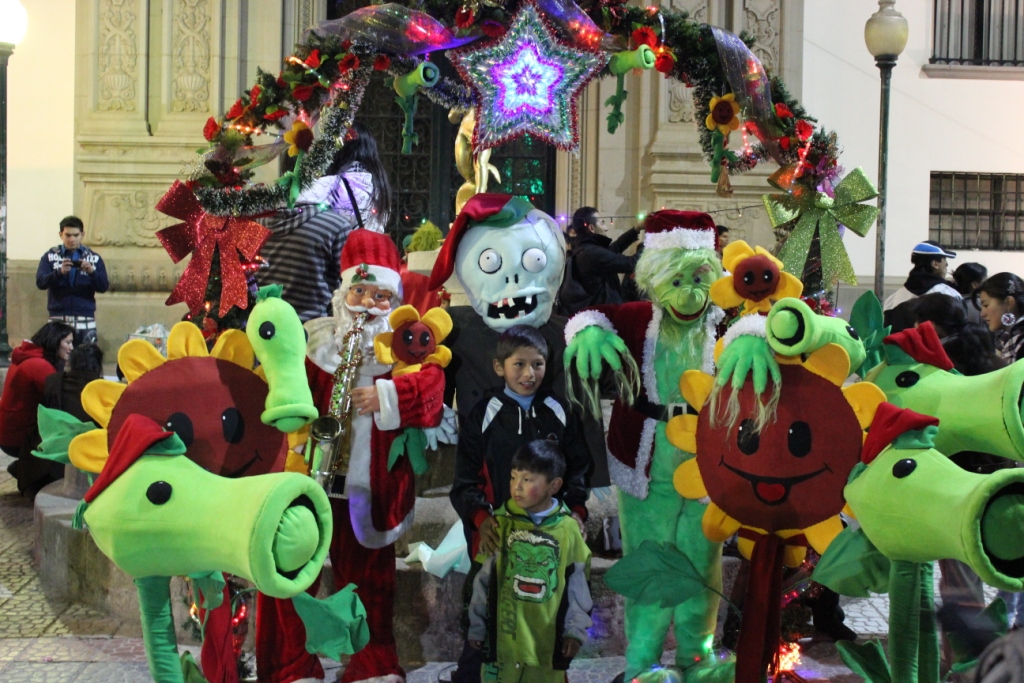 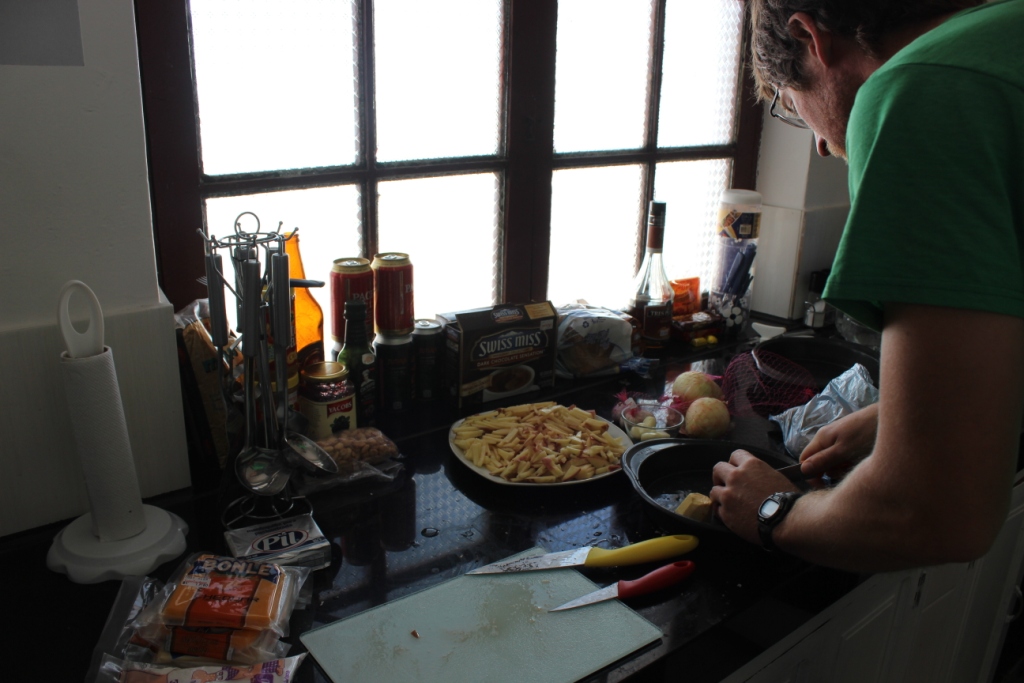 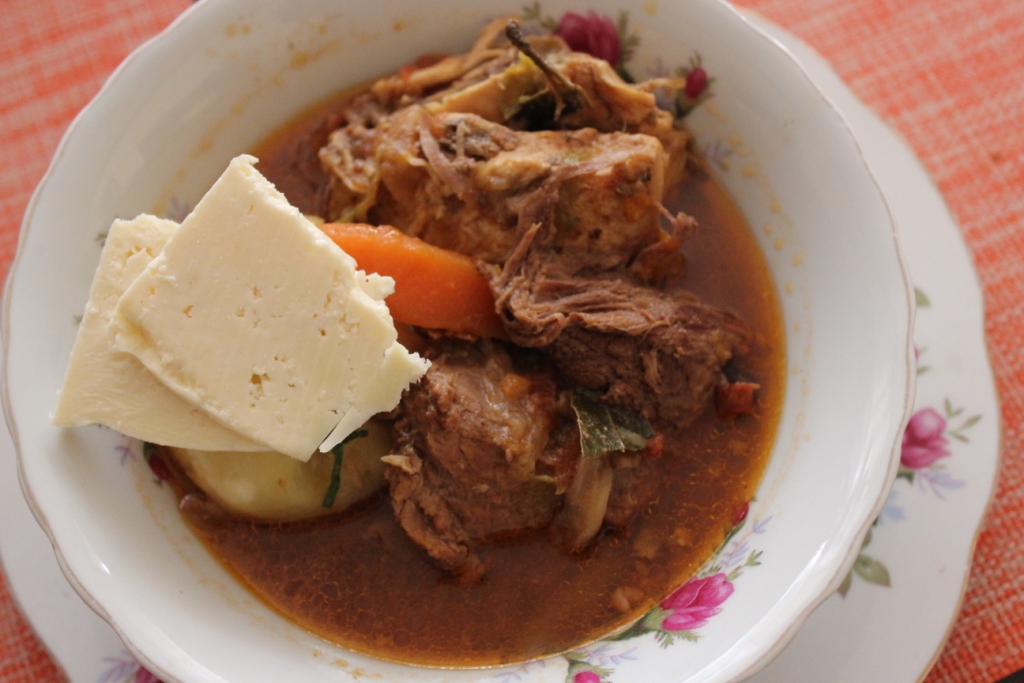 Delicious Bolivian Christmas dinner shared with us by our Potosí hostess 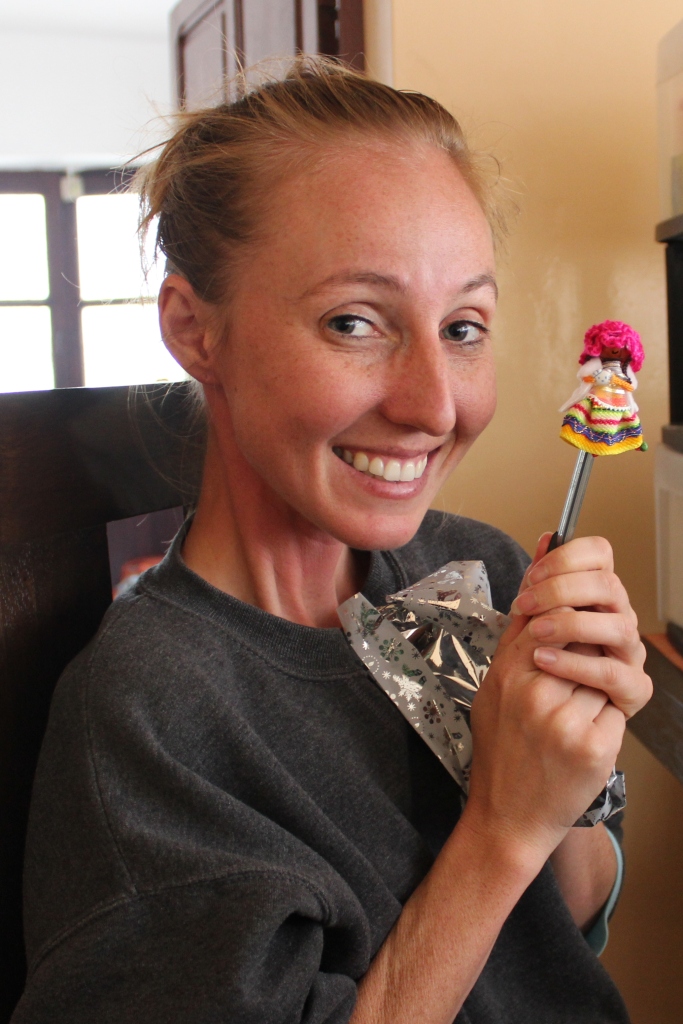 A "traditionally" dressed woman sits atop a pen - an adorable gift from our incredibly sweet hostess. 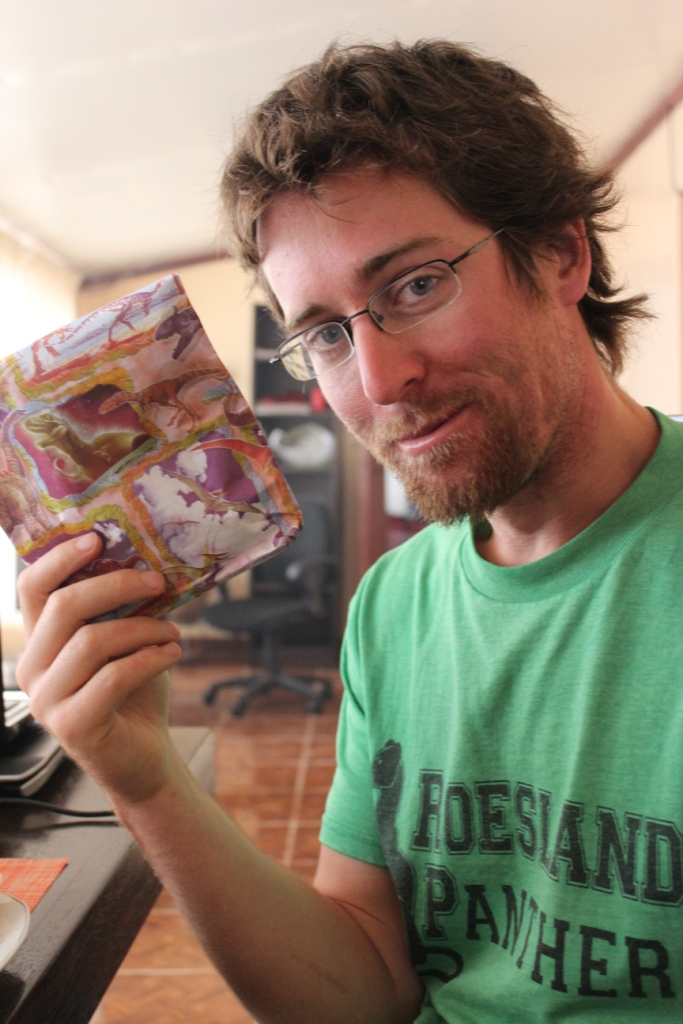 Ian before opening our second gift, which was wrapped in awesome dinosaur paper.