September 15th, 2013 | Posted by Brianna in Colombia | Slideshow Pictures | The Places We've Been 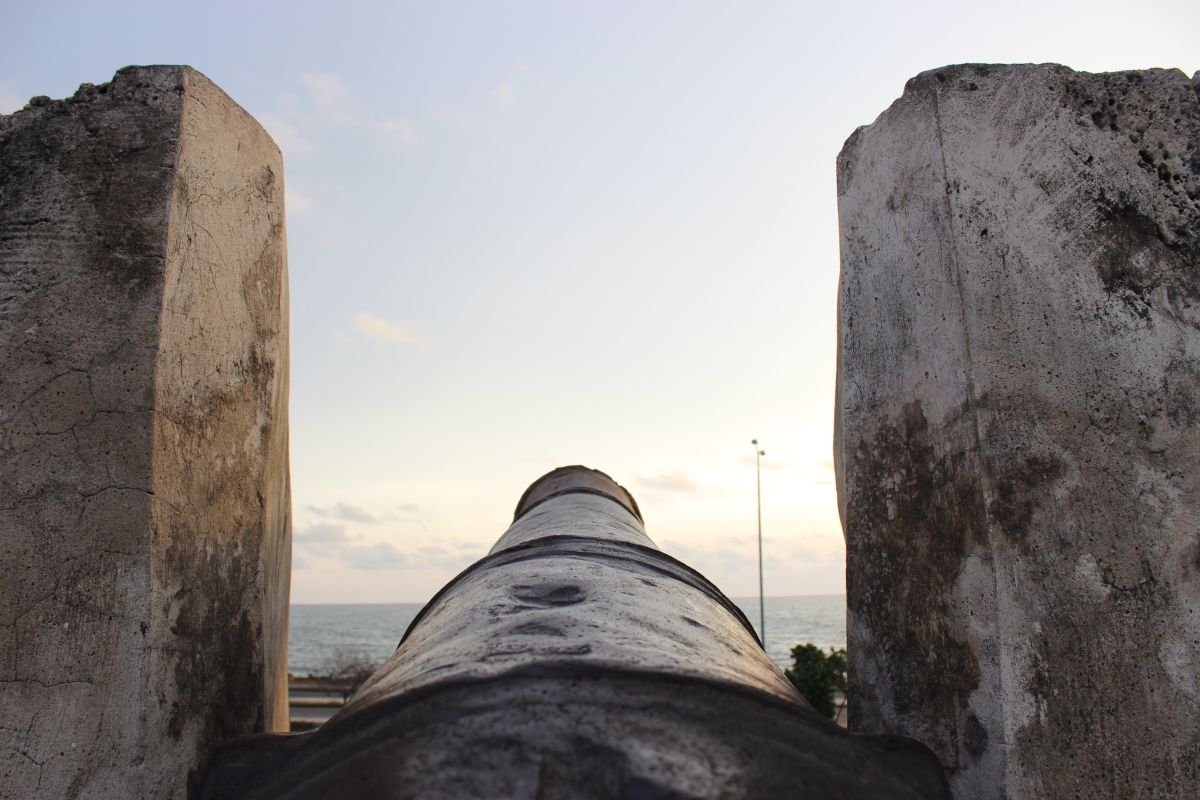 We didn’t know a single thing about Cartagena (pronounced: Cart-ah-hay-nah, also called Cartagena de Indias) before the city forced its way onto our route by being the receiving location of our shipped car. Honestly, if the Darien wasn’t a Gap, we probably still wouldn’t. We think that a Colombian acquaintance we had in Raleigh might have mentioned it to us a couple of years ago, but even that we only remember in retrospect. Now, having spent a few days there, the thought of skipping it or being oblivious to its existence seems horrifying, and rather, we’ve begun to consider the city as one of the places we could most widely recommend to others. Cartagena is beautiful and cultural, active but relaxed too. It boasts a mind-blowing historic walled centro (most of the slideshow below are photos from this area), a vertically developed peninsula creating the city’s skyline, public beaches along the Caribbean Sea, a variety of museums, churches, and libraries, and perhaps most importantly, truly friendly people.

Much of our time over the 3.6 days we stayed in Cartagena was spent at the ports, at the customs offices, at our hotel trying to stay caught up on work, or in a taxi between the three. The cab drivers were all thrilled by the chance to talk baseball and that offered us a fantastic opportunity to practice our Spanish. Many of the drivers proudly rattled off the names and teams of active MLB players who hail from Colombia and more specifically from Cartagena (Orlando Cabrera, Julio Teherán, Jose Quintana, and the Solano brothers among others), and we would soon learn that on the northern coast of Colombia, baseball was more important, more popular, more talked about, and more watched than fútbol, the major sport of the rest of the country (and most of Latin America for that matter).

We also became quickly acquainted with local street food and beverages, but aside from that easy feat, we only experienced the tip of Cartagena’s proverbial iceberg. The city abounds with attractions for visitors of all kinds. The modern Bocagrande area is a popular and growing destination in Cartagena that offers a number of hotels, shops, and restaurants just steps from the Caribbean coast. We didn’t spend much time there and have a grand total of zero pictures of the area, but we did get quite lucky to find a fabulous little hotel with good internet and dogs  adored just a block from the beach. Hotel Pueblito Playa is a budget hotel in Bocagrande on the third floor of a building along one of the main roads. The owner, Brian, who we were fortunate to get to know quite well during our stay, is a Brit who loves animals and cooks a killer breakfast for each of his guests. We would stay there again without question.

For us though, the most impressive and memorable part of the city is the historic centro, which is surrounded by some 11 kilometers (6.8 miles) of fortress walls built over a period of more than 200 years beginning in the 1600s to protect the increasingly famous settlement from repeat pillaging and attempts at leveling (some successful) by pirates. In fact, Cartagena is known for being the most pirate-associated city in the world, a factor that led to its development of the first firefighting squad in the Americas in the 1500s. On our second afternoon in Cartagena, we took a wrong cab and were told that the taxi we were in didn’t go all the way to our hotel, but rather, stopped in the centro. This unexpected turn of events meant that we were accidentally treated to a wonderful evening roaming the streets of the beautiful barricaded city where we stopped at the wall along the north coast at dusk to watch the sun set over the ocean before grabbing some beers and arepas from street vendors and finding a spot to breathe in the atmosphere at the San Pedro Claver Square. We were both truly in awe at this spectacular region of town that blew other similar areas we’ve previously gushed about out of the water. Think NOLA’s French Quarter, San Cristobal de las Casas’ centro, Nicaragua’s Granada, Panama City’s Casco Viejo, except older and broader and better restored and more genuine. I know – Wow, right?