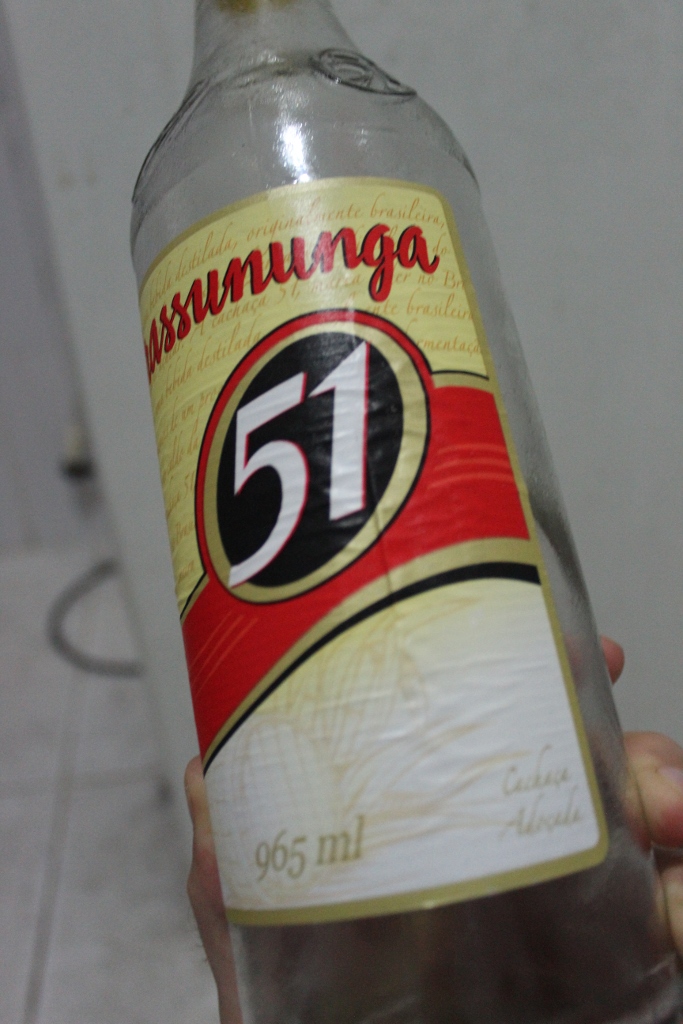 A bottle of cachaça. Not the good kind.

Cachaça is to Brazil what tequila (or mezcal!) is to Mexico, what vodka is to Russia, what rum is to the Caribbean – that is to say, it is Brazil’s most common distilled alcohol. Also called pinga or aguardente depending on where you are, cachaça dates to at least the sixteenth century and is distilled from sugarcane juice. Despite being hugely popular in Brazil, only about 1% of the 1.5 billion liters produced annually are exported, so consider yourself lucky if your local liquor store has some in stock. Like most liquors, quality can vary widely; unaged cachaça is clear and harsh, while finer varieties meant for drinking straight take on a golden color after three or more years aging in wood barrels.

The caipirinha is generally referred to as Brazil’s national cocktail. Its name comes from the diminutive form of the word caipira, which is perhaps best translated as hillbilly, yokel, bumpkin, or bogan, depending on what kind of English you speak. It is a simple drink, with only four base ingredients. If you can get your hands on some cachaça, it’s likely the only other thing not already in your kitchen is limes. Here is a simple recipe: 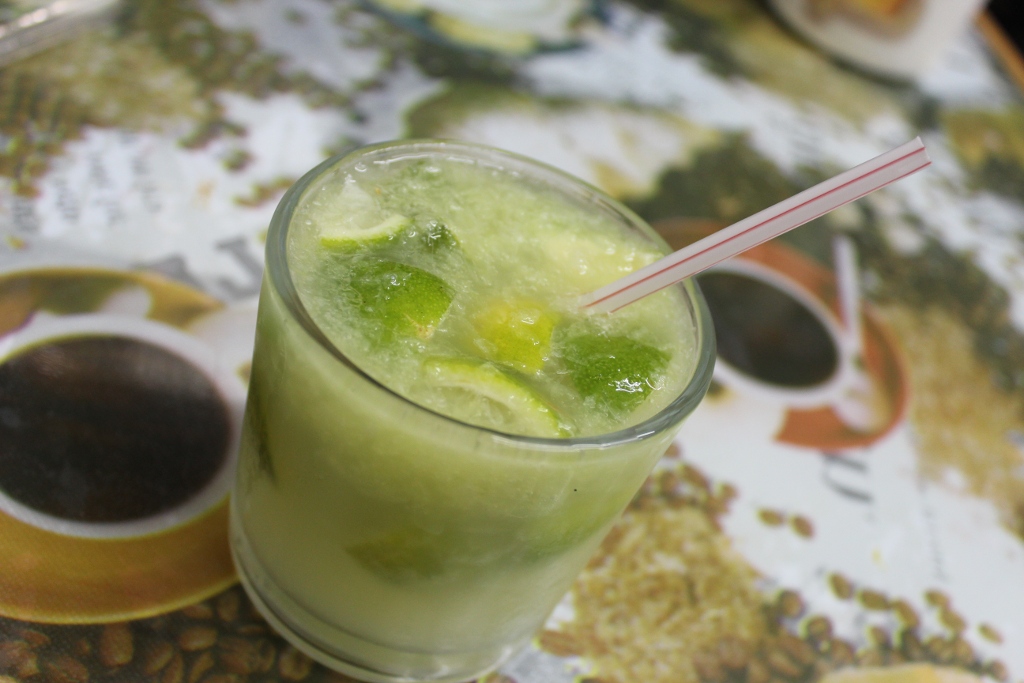