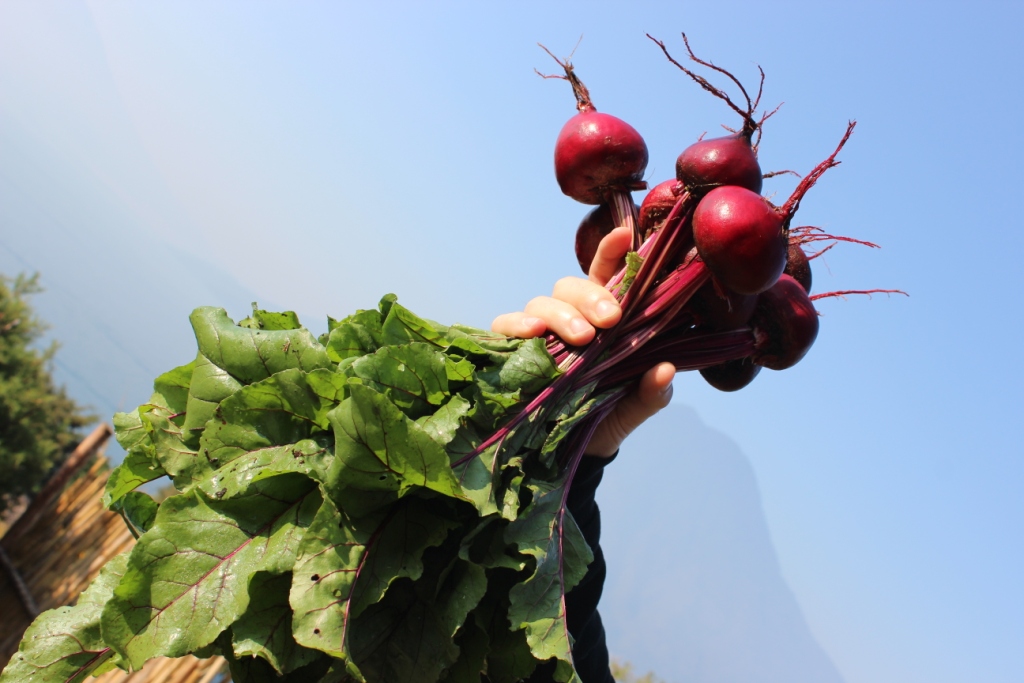 Diego, our neighbor and gardener, stopped me on the path outside of our casita about a week ago and asked me if we might want some extra lettuce he’d grown. When I gladly accepted, he extended the offer to include something I didn’t understand, but when he explained them as round and red, I assumed he meant tomatoes. Spanish is also Diego’s second language; Tz’utujil, the Mayan language of the other side of the lake, is his first, and though we meet in the middle, he is still the better Spanish speaker. When he showed up at our gate with bag of varied greens and herbs, I realized that the remolachas in his bag were not, in fact, tomatoes. That didn’t mean I knew what they were though (they were beets), so I had to google a variety of photos of turnips and radishes and other root vegetables before finally coming to the correct conclusion. Even then, I didn’t know what the hell to do with them, so we opted to boil them with our potatoes and include them in a blended soup we were making that night. Thus began my new found love affair with beets.

Apparently, there are multiple ways to eat beets – raw or cooked, boiled or baked, seasoned or plain. All we’ve tried is boiling them, and doing so quickly morphs these dirt covered roots into soft, sweet-ish, flavorful snacks that turn your poop purple. Yeah, that’s right. Beets turn your poop purple. Can your afternoon treat do that? Things get even better though, friends. The root is only half of the plant! The greens attached to the stalk are delightfully rich and make a perfect topping to pasta after being sauteed in olive oil for a few minutes. Add in the nutritional value of both and anyone who’s keeping score would quickly be forced to institute a mercy rule. To be fair, I was hooked before I delved into the health benefits of beets, because that’s not what this is about, but these articles seem to think that beets are pretty damn good for you (and maybe for your sex drive too). So check out this photo gallery, which I call “Fun with Beets”, naturally, and then think about grabbing some for yourself on your next trip to the store or farmers’ market (I recommend this one if you’re in the area). 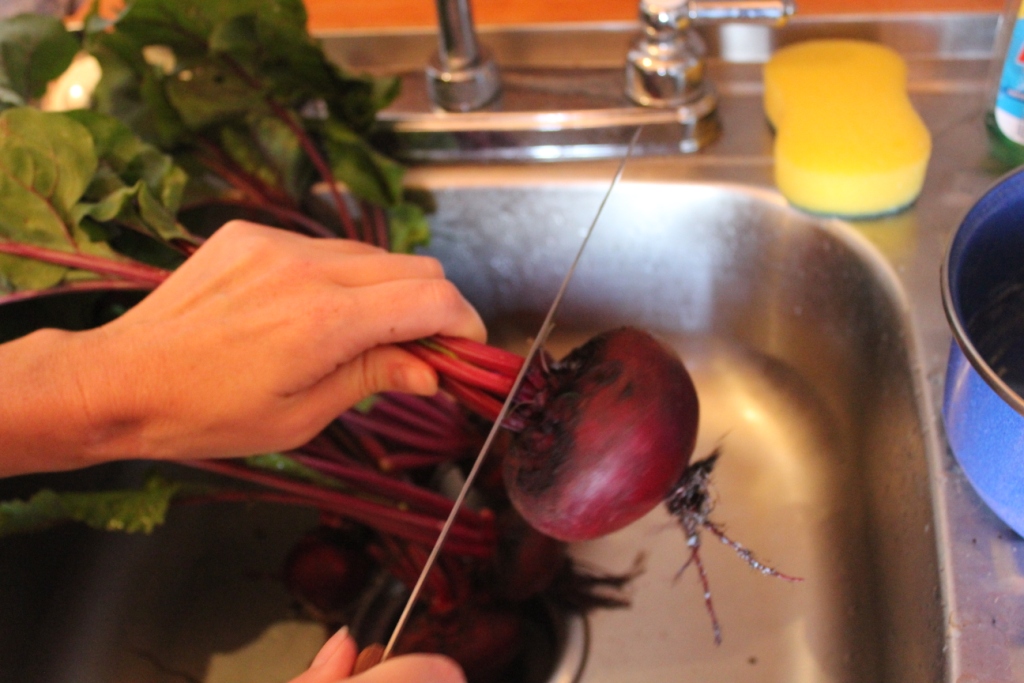 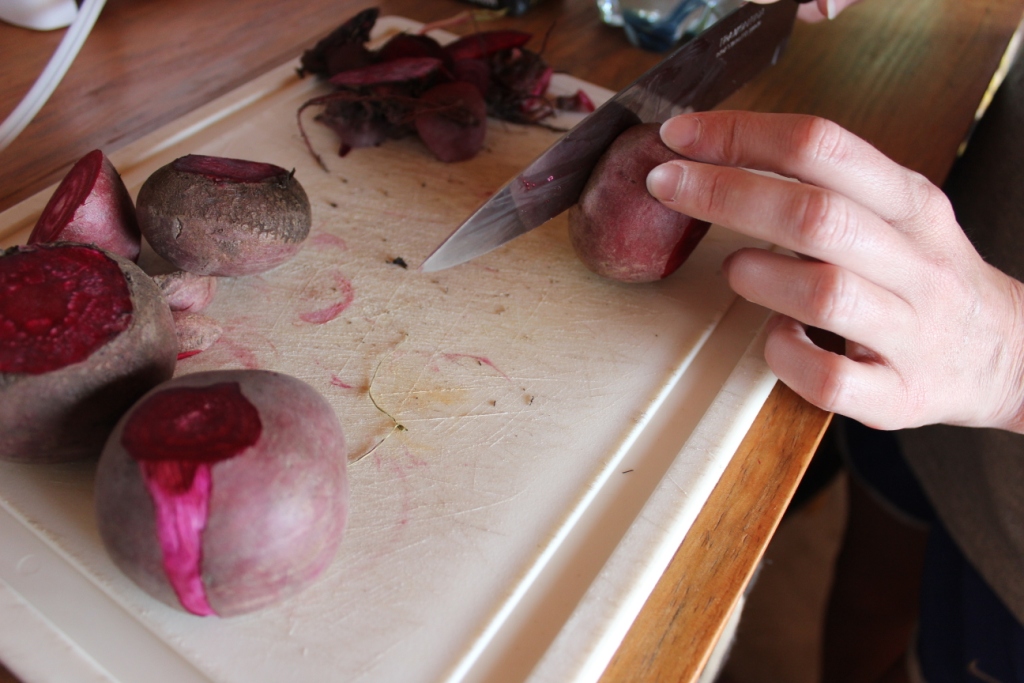 Third step in prepping beets: cut off the ends. Some people also do not eat the skins, but they are fine so I just leave them on. If you want to remove the skins, trying boiling the beets whole to loosen them. 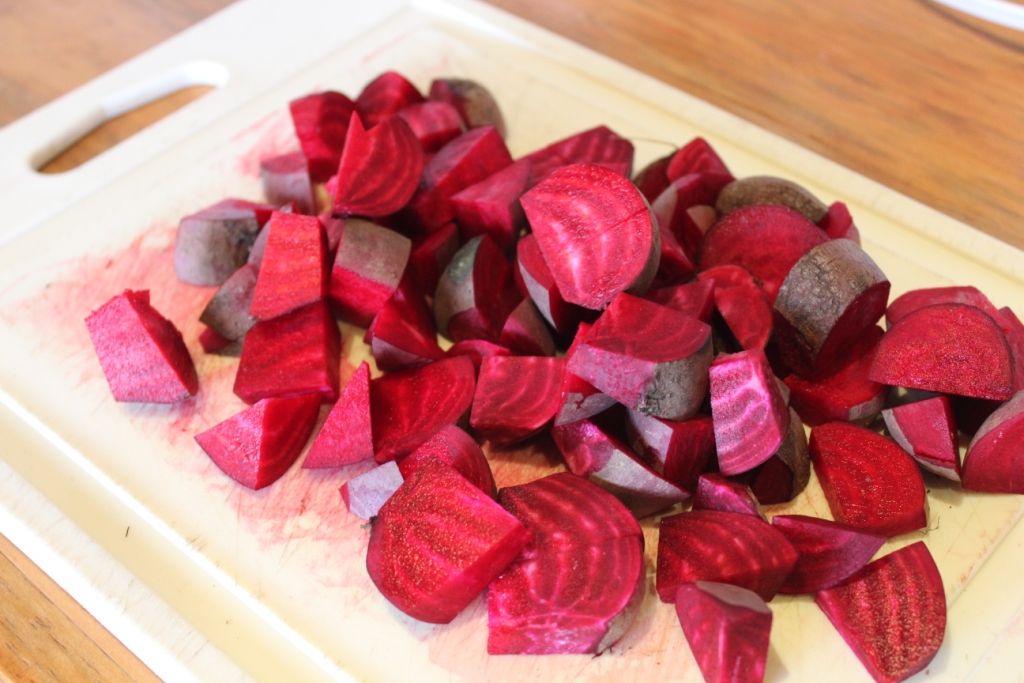 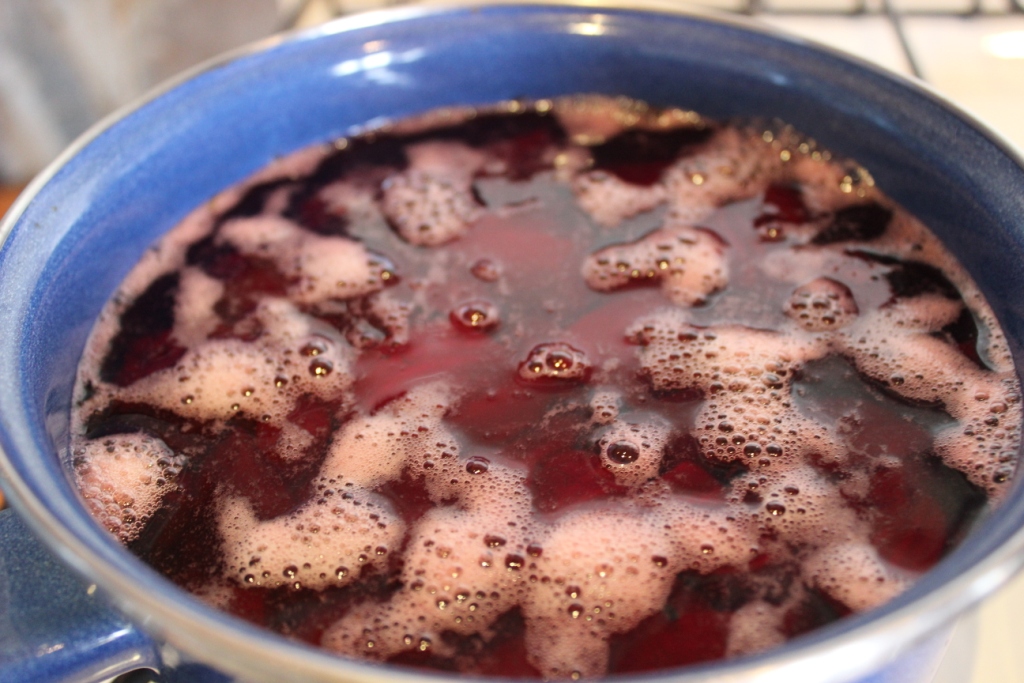 Step five: bring beets to a boil. Let boil for an hour-ish, until soft. 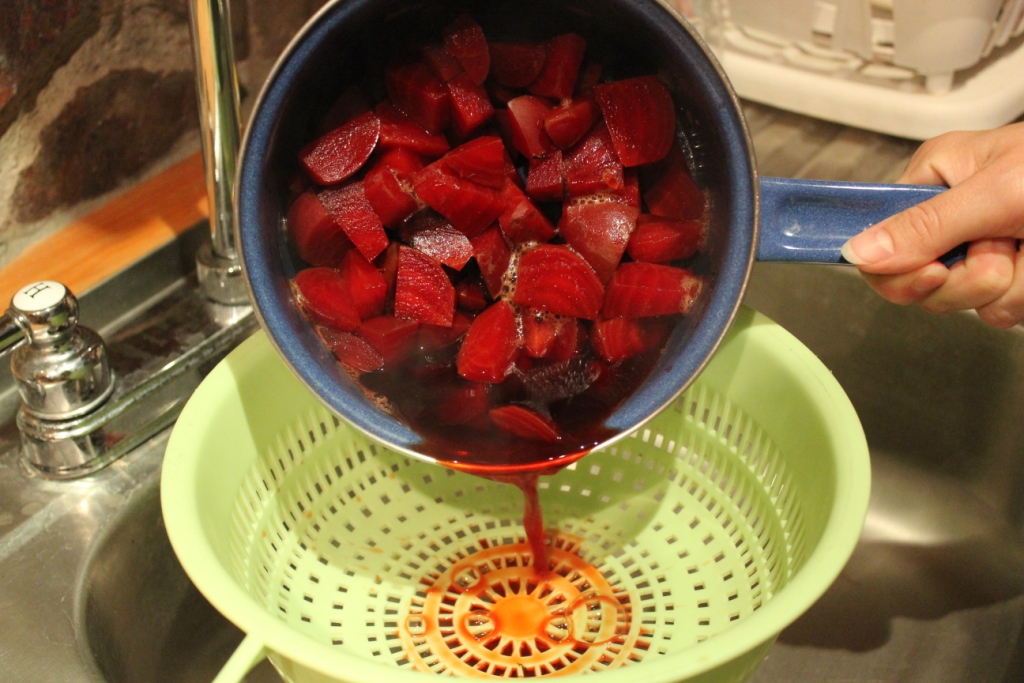 Step six: drain beets. I put a cup under the strainer to save the beet water. The interweb seems to indicate that this is called beet stock and can be used in place of water in recipes for things like chili or risotto. 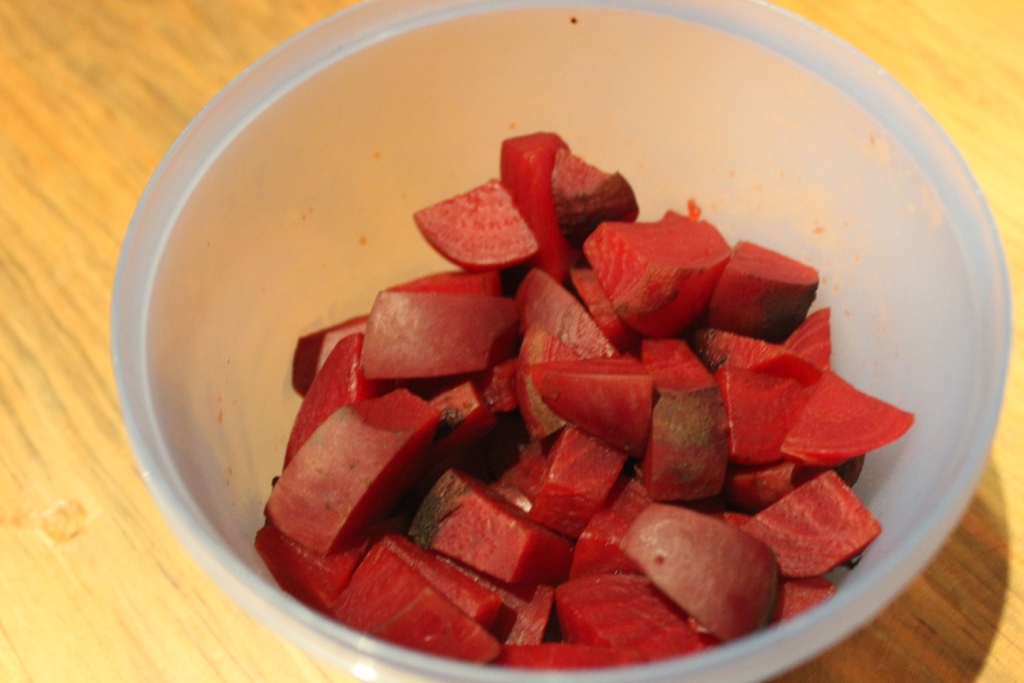 Voila, beet snack! If you don't eat them all right away, put them into the fridge and enjoy them later. 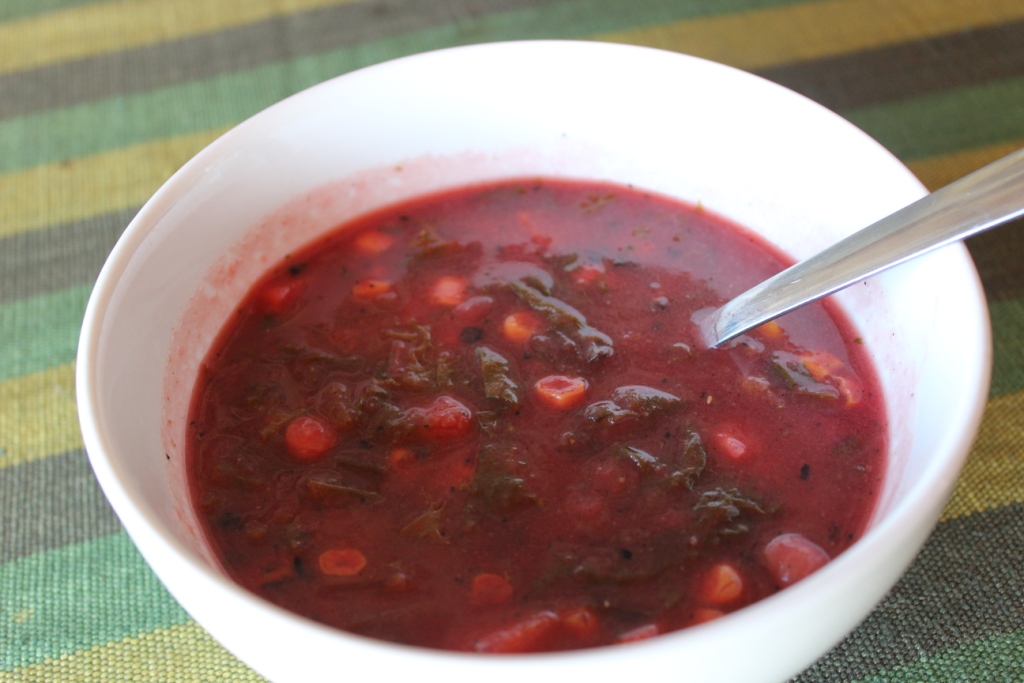 Not interested in plain beets? Try blending and using them as a base for a delicious veggie soup! 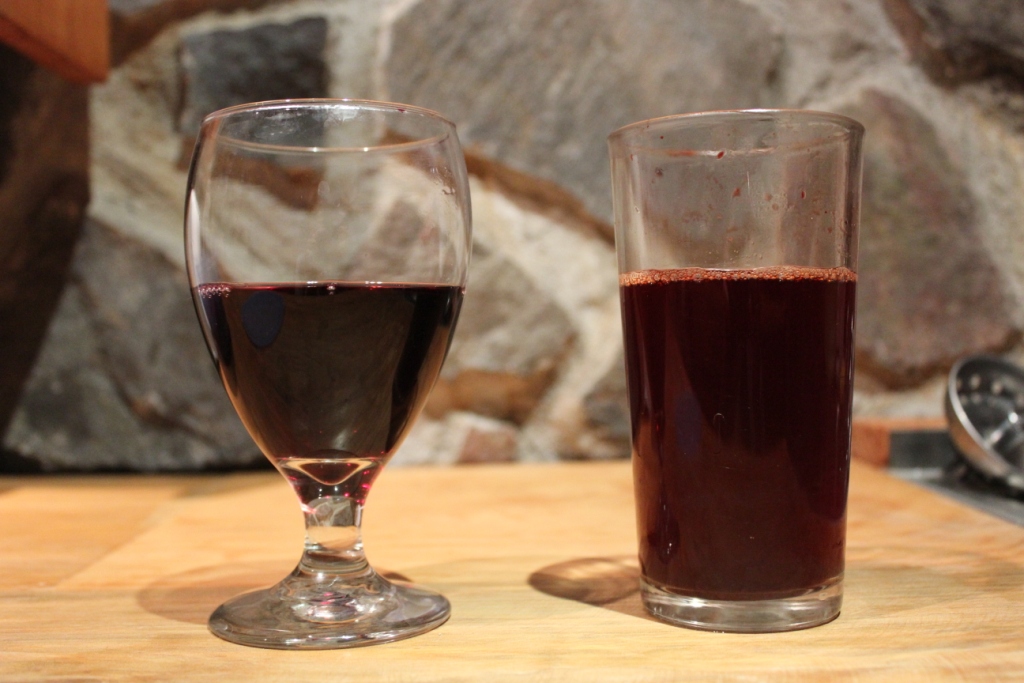 Beet stock is very similar in color to red wine. That's just the water the beets were boiled in! 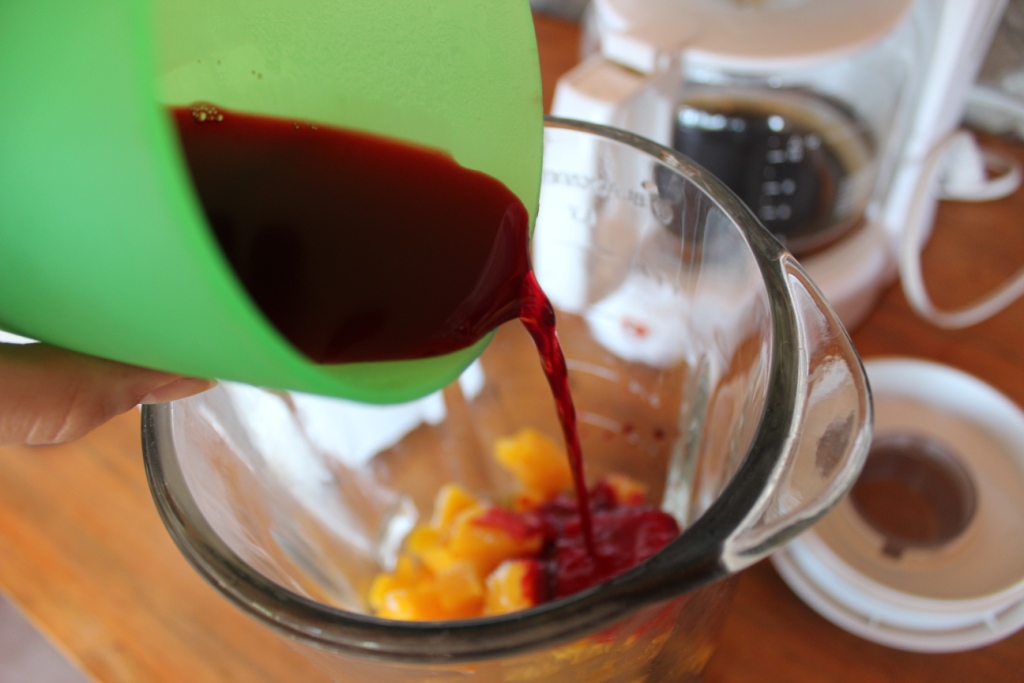 We added beet stock to our mango smoothies. They were still mango flavored, but a bit richer. 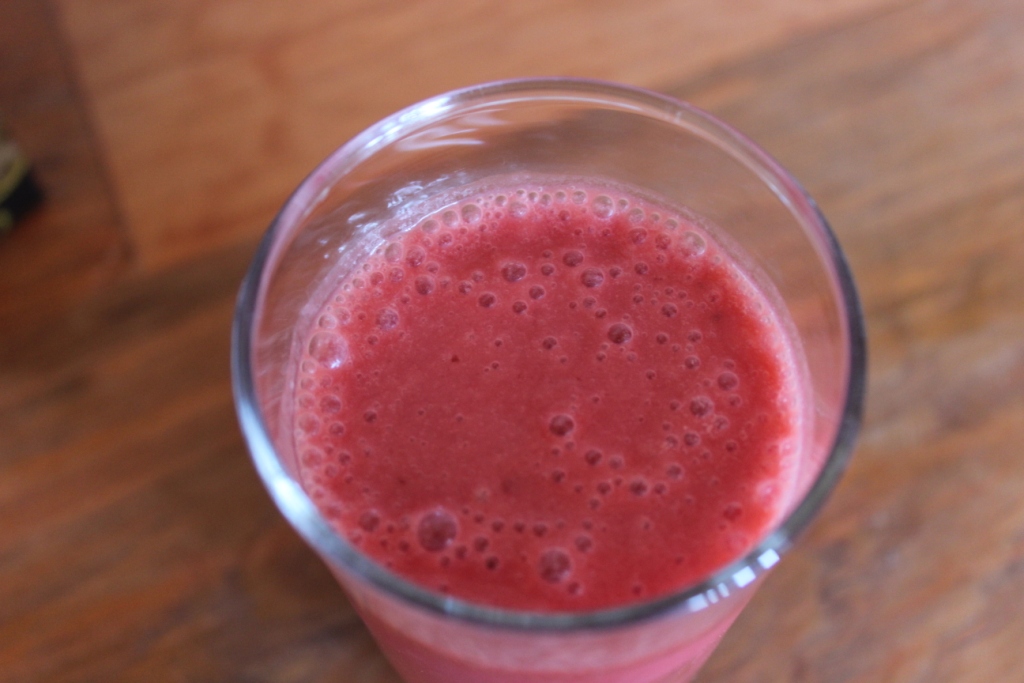