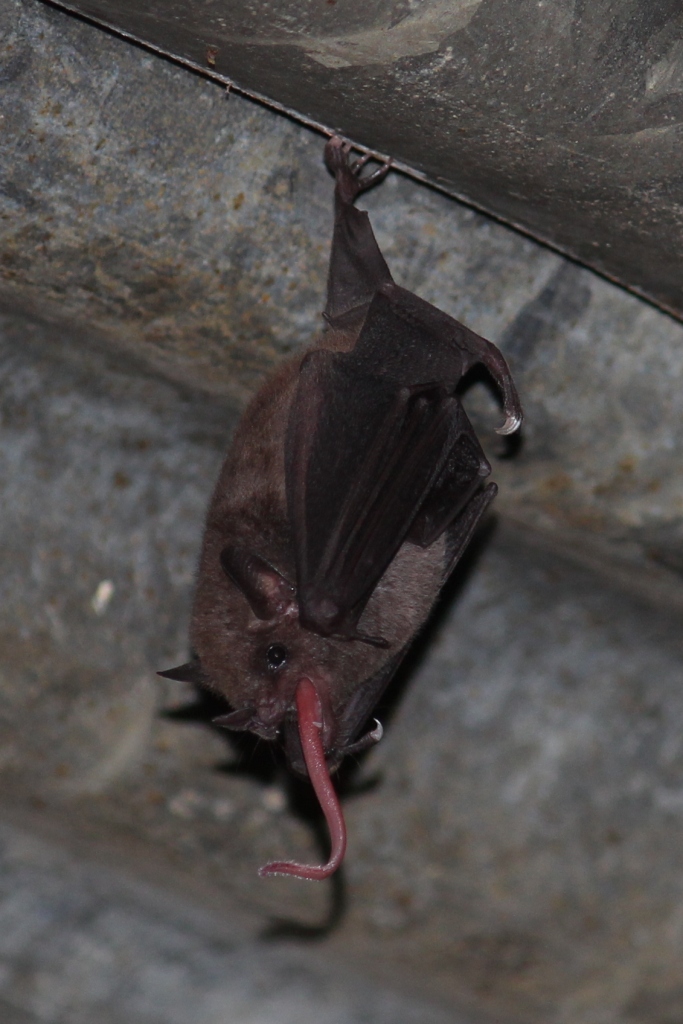 9:56 PM – (Laying in bed watching a movie). What was that? Something just flew by the bedroom door. Giant moth maybe?

10:00 PM – Okay, everybody calm down. It’s probably just as confused as we are. Let’s think. Here’s a plan. Open both the doors and give it a chance to fly on out into the night.

10:02 PM – (Crawling toward the front door) Almost there. Reach. Okay, front door open. Now the bat has an escape option at either end of the house.

10:04 PM – C’mon, don’t just keep flying in circles. Fly in a straight line out the door. I think it landed on the curtains. Yup, definitely on the curtains, you can see it crawling around looking like a weird little alien creature. What should we do? Throw something at it! What should I throw??  That pen! That notepad! Anything you can reach!

10:05 PM – Well that worked, only now it’s just flying in circles again. Maybe we can shoo it out. Grab the dogs’ platform bed thingy. Wave it over your head. Now shoo!

Several days later we were pointed towards an abandoned cabin just meters from our house, but reclaimed by the jungle. Inside its creepy decaying walls? You guessed it. Bats. Tons of them. Check out these pictures of the place: 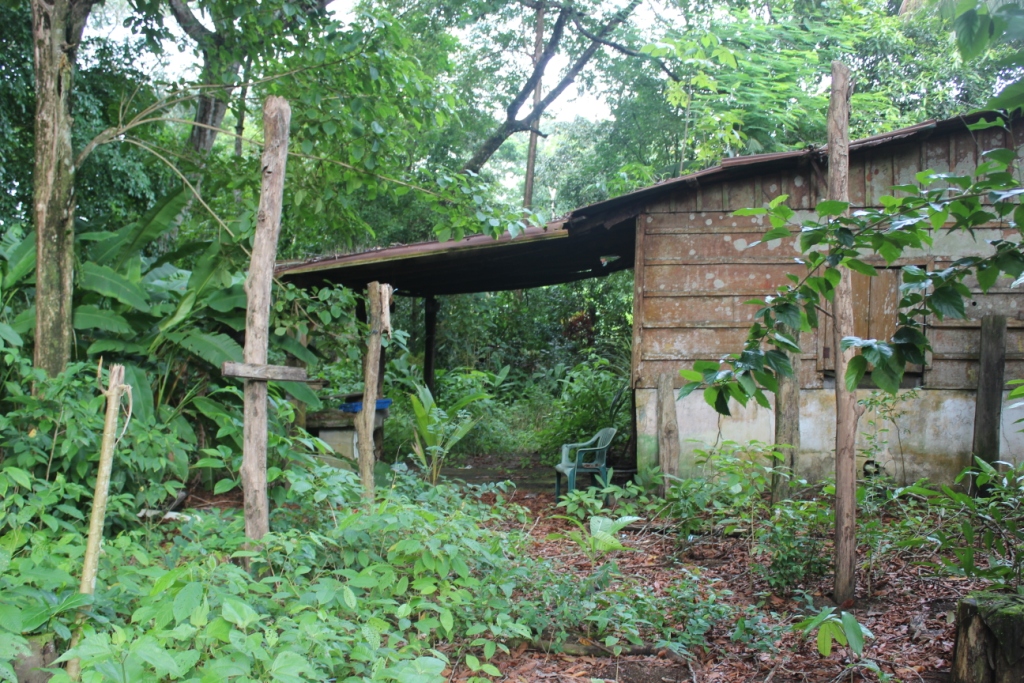 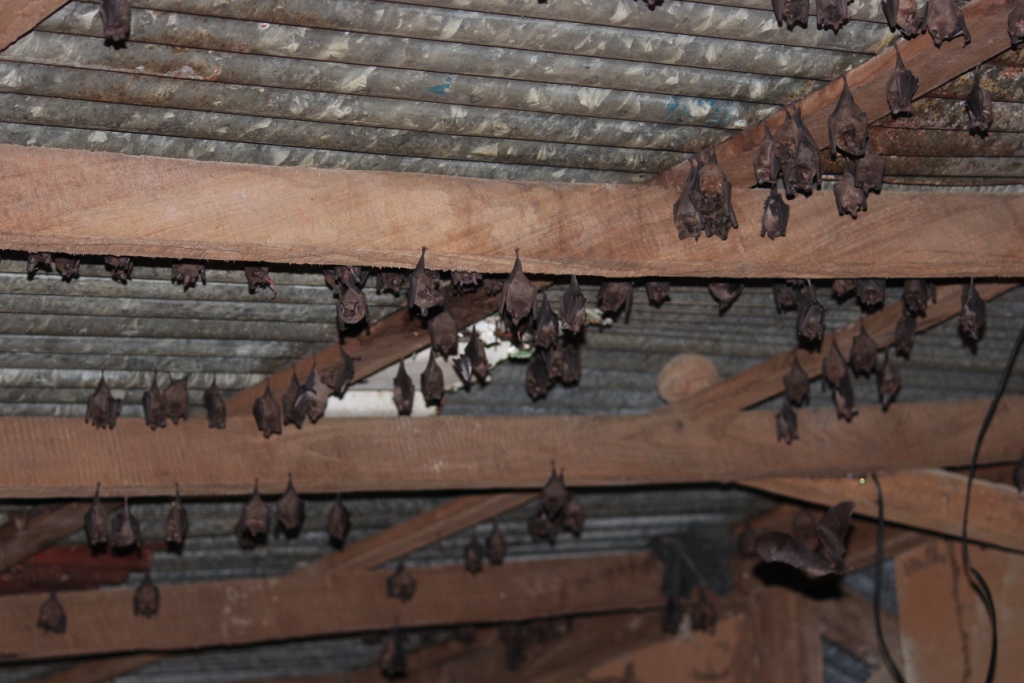 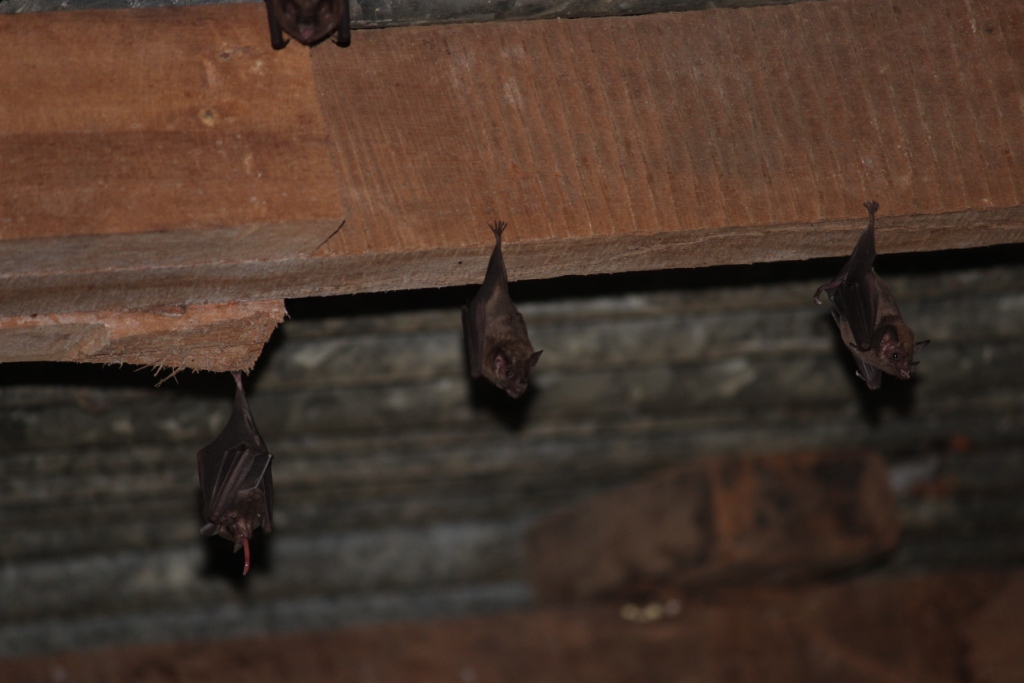