On Friday, we inadvertently accompanied each other on what we have since deemed “American Date Night in Honduras”. It was silly and not very adventurist-y of us, but it was also a total blast. We had such a great time that even though we’re a little embarrassed that we ate at Applebee’s in Honduras (seriously) and then watched a movie partially based in Kansas, we decided it was worth sharing.

It started with some good, fun Friday afternoon momentum that we built up with a refreshing lounge at the pool before deciding on a whim to track down the movie theater and find out what was playing. Our options were Monsters University in Spanish or Superman: Man of Steel in English. I’m sure you will all be equally shocked as I was to learn that Ian never saw the first Monsters, Inc. (what!?!?), and thus we opted for Superman, and then headed off to kill a couple of hours before it started. As the theaters are inside of the mall, the closest restaurant serving alcohol was none other than Applebee’s, so naturally, we made our way in and took a seat at the bar. Say what you will about the establishment, their Maple Butter Blondies knock our socks off. Our movie tickets cost us 80 lempiras each ($4 USD) and a large, faux-butter soaked bag of popcorn was 65 lempiras ($3.25 USD). The movie itself was relatively uneventful (except for 10 minutes into it when I realized that we weren’t watching a preview anymore and also about an hour later when I sincerely thought Kevin Costner was Bruce Willis), but we left laughing and energized and having a ridiculously good time for the simplicity of it all.

It wasn’t until the lights had come up and we stood to leave that we realized how unique the situation had been – sitting in a theater surrounded by Spanish speaking Hondurans while an actor on screen proudly donning a Royals t-shirt talked for two hours about a Kansas we grew up in. Maybe our date night would have seemed lame in Knightdale, maybe it wouldn’t have felt like a story worth telling. But those exact same activities in an unexpected place reminded us that it’s not where we are or what we’re doing, but who we’re with and how we approach what’s in front of us that really decides how much fun we’re going to have. 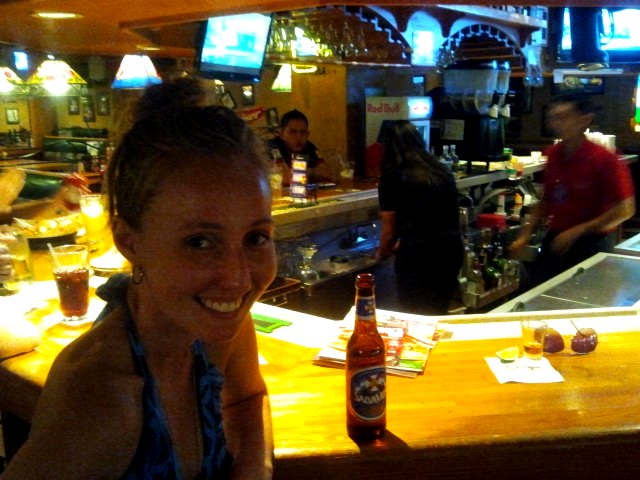 Honduran Applebee's - It's like every other Applebee's, except it's in Honduras. 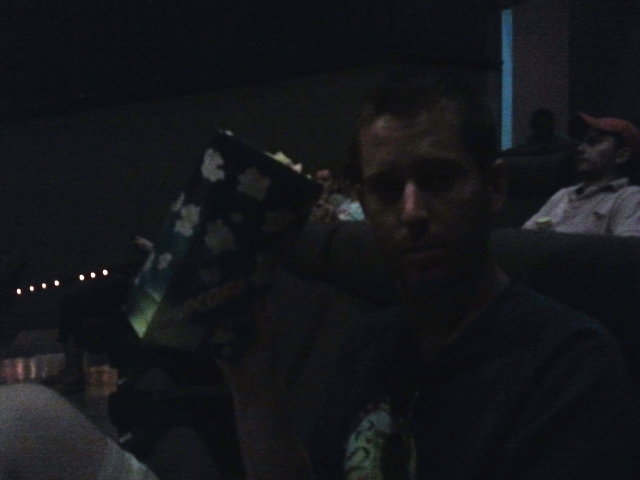