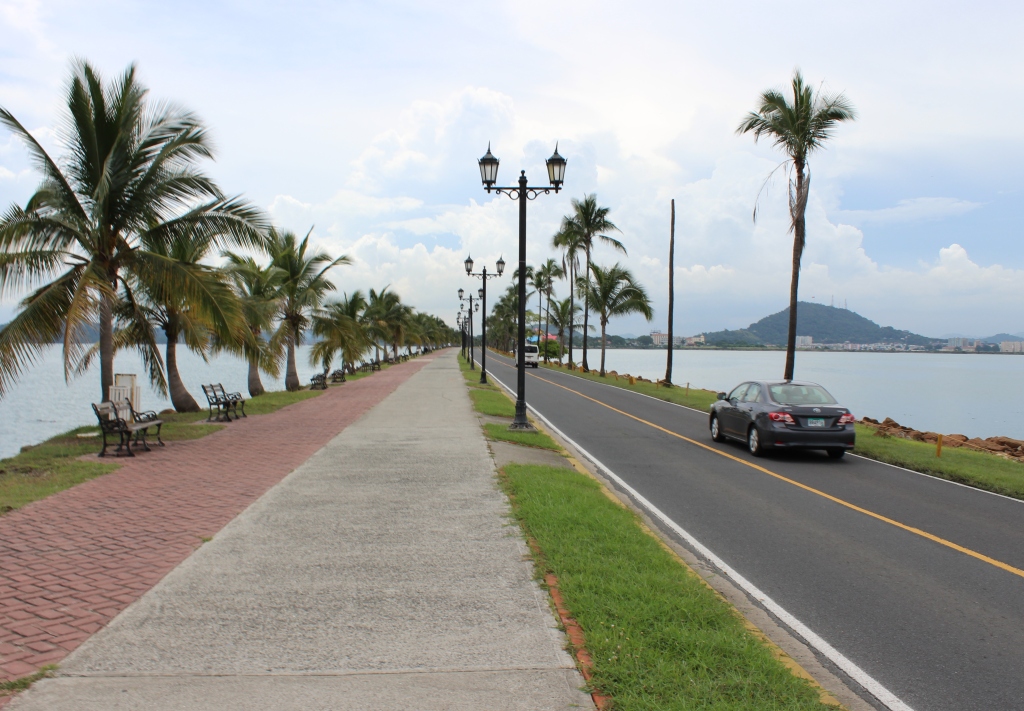 Looking up the Amador Causeway back toward the city.

Jutting six kilometers into the Pacific Ocean, the Amador Causeway is situated at the southwest tip of Panama City. Built from rocks excavated during the creation of the Panama Canal, the structure connects the mainland with four small islands via a two-lane road. Its original purpose was as a breakwater to protect the entrance to the canal. Part of the American-occupied Canal Zone until it was handed over to Panama in 1999, the Amador Causeway was also utilized as a defensive position in World War II to protect the canal from the Japanese navy. Since the handover, the islands have seen a considerable amount of development, and today are a pleasurable escape from the hustle and bustle of the city. Closest to the shore, Naos Island is home to the Smithsonian Tropical Research Institute (STRI). Neighboring Culebra Island holds a nature center run by the STRI, as well as the departure point for ferries out to Isla Taboga some 15km away. Perico Island has a strip mall made up mostly of bars and restaurants, while the last in the line, Flamenco Island, is home to a shopping center, and marina, and a smattering of its own dining and drinking establishments. Our guide book (and various online resources we use) claim that it is a hugely popular place for locals to exercise on the weekends, and that the pedestrian path running parallel to the road would be full of runners, bikers, and rollerbladers (wait, people other than Kellie still rollerblade?). On our Saturday morning visit, however, the movers and shakers were sparse;  in actuality, eating and imbibing while enjoying the breeze and the amazing views of Panama City across the bay seem to be much more popular. We took advantage of the relative emptiness by renting a two-person bicycle-buggy thing to carouse sillily (word or not a word?) up and down the causeway. Our fancy ride was $9 per hour (check out the video below), and bikes could be had for $4 per hour. I didn’t catch how much the rollerblades were, though I’d imagine they’d have to be priced super low to get people to risk their reputation and put them on. 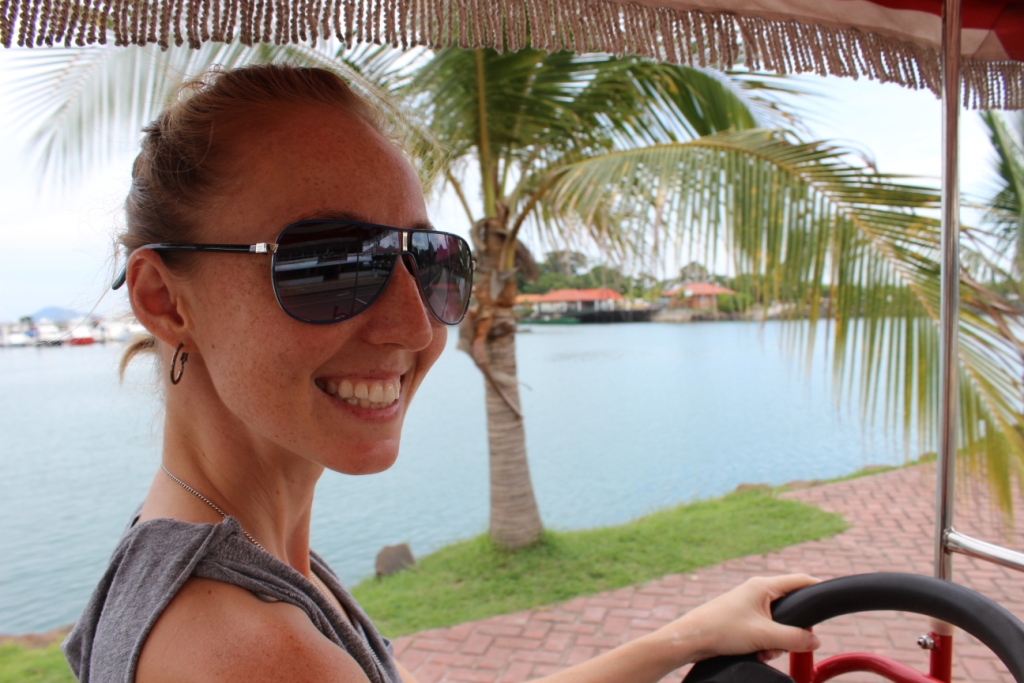 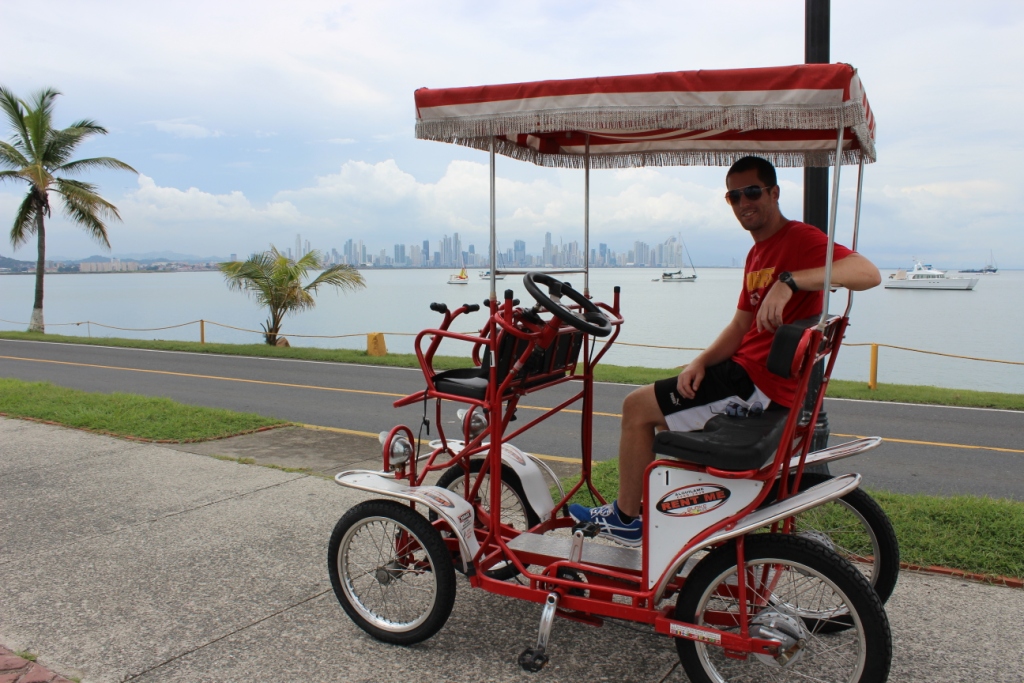 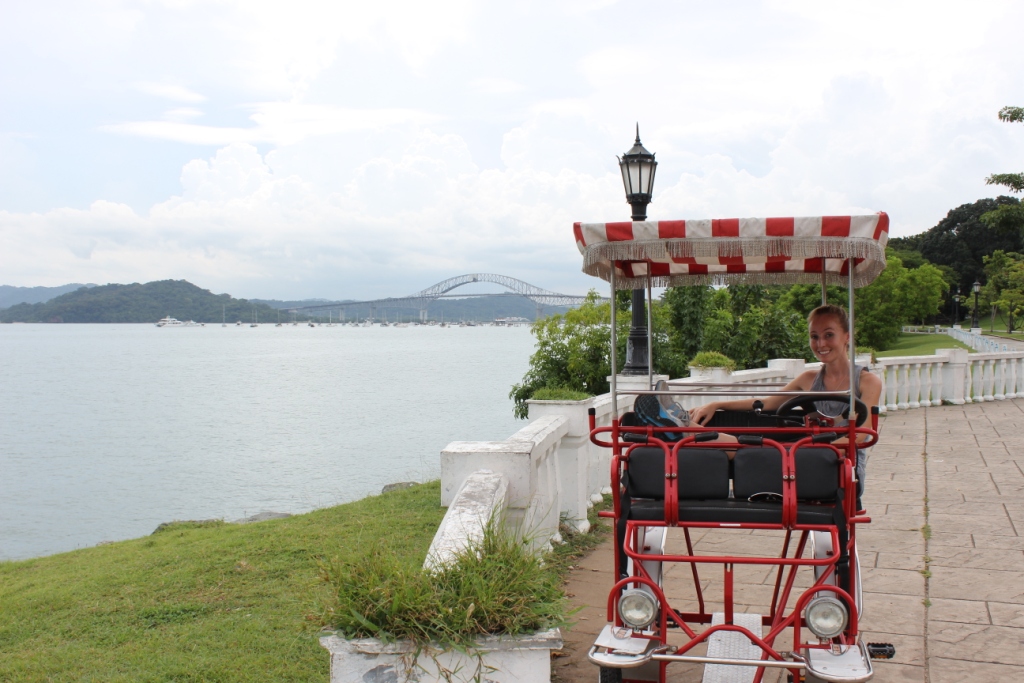