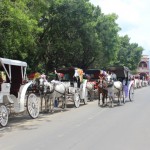 Romantic Granada was once the jewel of Central America. Just 20km from the Pacific, it was founded in 1524, making it the oldest Spanish-built town in Central America. Situated on the western shore of Lago de Nicaragua (or Lago Cocibolca, to Nicaraguans), Granada enjoyed its role as a center of commerce, growing rich as a … Read more → 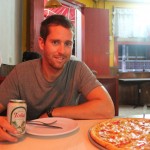 Our two day journey from La Ceiba, Honduras to San Juan del Sur on the Pacific side of Nicaragua included an overnight stopover in Estelí, a town of about 120,000 and the third largest town in Nicaragua. Sitting in the country’s northern highlands at around half a mile above sea level, Estelí’s climate is relatively cool and … Read more → 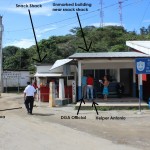 We cross borders by land in a CR-V with US passports and our two dogs. We do not carry drugs or weapons or disallowed fruit (usually). These articles are not a definitive guide to crossing borders nor should they be used as a sole source of information. They are our experiences. When, Where, and Which … Read more →