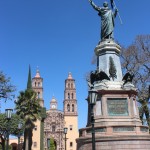 We spent the second half of February in Guanajuato, a city we had been to exactly three years prior in February 2013. As such, we didn’t really do much on the usual tourist trail in Guanajuato, instead spending our time doing very little of note, mostly reading, writing, eating, drinking, and generally trying to be … Read more → 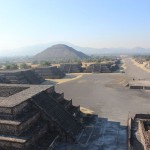 Teotihuacan was a pre-Columbian city located in the Valley of Mexico, about 30 miles northeast of Mexico City. There’s a lot of information about its history out there if you want to learn all about it, but I’m feeling lazy and behind on blog posts so I’m going with bullet points: Nobody is really sure … Read more → 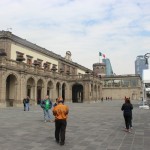 In the middle of Chapultepec Park, perched atop an abruptly rising hill, is the Castillo de Chapultepec, or Chapultepec Castle. Its construction was ordered by the Spanish Viceroy Bernardo de Gálvez as a home for himself. After the initial head engineer left for Cuba, Captain Manuel Agustín Mascaró assumed the role, and was soon accused … Read more → 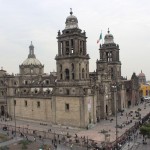 Tenochtitlan, capital of the Aztec Empire, was founded on a small swampy island in the middle of Lake Texcoco in 1325. According to lore, the location was decided after the fulfillment of a prophecy of the Mexica people – the heretofore wandering tribe sighted an eagle atop a cactus eating a snake and set out … Read more → 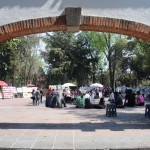 Thirty to forty minutes south of the center of Mexico City by public transportation lie the adjacent barrios of San Angel and Coyoacan. These mostly quiet neighborhoods were once their own towns, eventually enveloped by the seemingly unending sprawl of Mexico City. Somewhat similar in appearance and attitude, they are noted for their shady cobblestone … Read more → 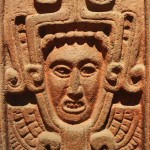 Located inside the Bosque de Chapultepec (one of the largest city parks in the world and probably worthy of its own blog post) are several of the most popular museums in Mexico City (and by extension Mexico as a whole). We’re hoping to make it to at least one or two more, but at the … Read more → 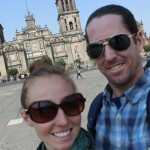 Right, so it’s been 13 months since our last blog post. Yikes. Well, we’re back on the road this month. Last weekend (1/30/2016) we crossed from Laredo, TX to Nuevo Laredo, Mexico, spending the night just outside San Luis Potosi before finishing the drive to Mexico City the next day. We’ll be here the first … Read more →

Returning to the United States 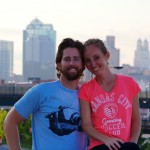 Six months ago today we set foot in the United States for the first time in over a year and a half. It was 5:55am on a Tuesday morning. Back in Brazil The evening before, our hosts had given us a ride to the airport amid some other errands they had to run. Everything we … Read more → 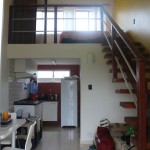 When our host for the month of June let us know days before our arrival that he was cancelling our reservation, a mad dash to find replacement lodging ensued. Were it not for World Cup tickets in Natal and flights booked to depart from Recife (two cities in the northeastern part of the country), we … Read more → 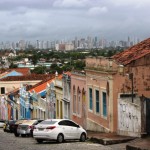 Just north of Recife, one of Brazil’s top 10 largest cities, sits Olinda, one of Brazil’s best-preserved colonial cities. One rolls straight into the other with Olinda being a large and highly visited part of Recife’s metropolitan area. Founded in 1535, the beautiful coastal town’s historic centre was named a UNESCO World Heritage Site in … Read more →